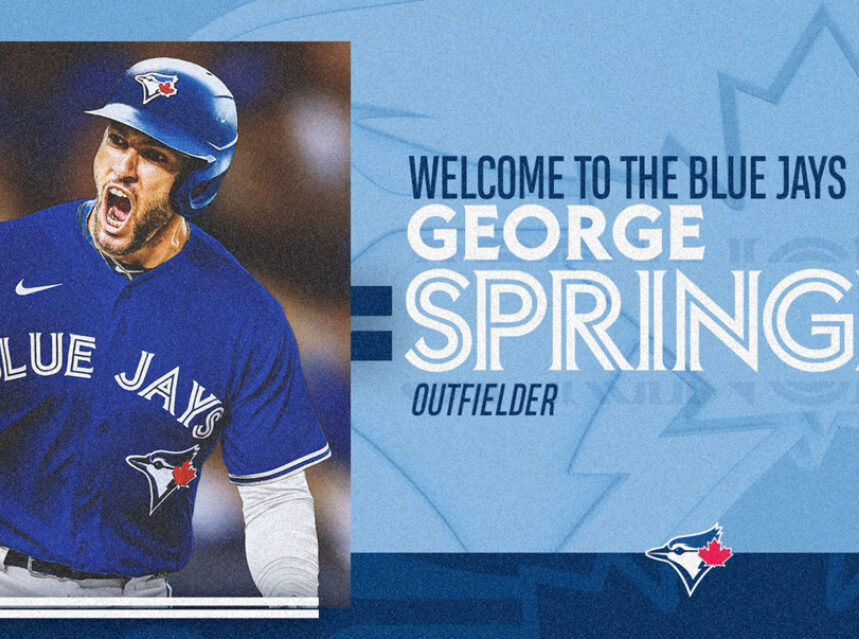 Spring seems far away, but Springer is here right now!

The three-time All-Star was one of this year’s best free agents available. He was the World Series MVP in 2017 with the Houston Astros and would go on to win the AL Silver Slugger award in back-to-back seasons after that.

It’s the latest signing during a very busy off-season for the Jays who earlier this month locked down relief pitchers Tyler Chatwood and Kirby Yates to one-year contracts.

There may be one more free agent coming down soon. It’s believed the Jays are about to announce that Marcus Semien has signed a one-year, $18-million deal but that’s still pending a physical exam later this week.

The additions of Springer and Semien will bolster the team’s batting lineup and add to an already impressive roster that pushed the Blue Jays back into the postseason for the first time since 2016.
“The young core is obviously very, very impressive,” Springer said. “The way that the front office has gotten behind their guys. The message is that they really believe in this team, and that’s obviously very important to me.”

As for the 2021 season, the Jays’ future still remains unclear.

Last year, border restrictions between Canada and the U.S. forced the club to play all of their home games at Buffalo’s Sahlen Field.

However, the latest rumours have the Jays flying south for the summer and possibly playing home games at TD Ballpark, the team’s spring training facility in Dunedin, Florida.