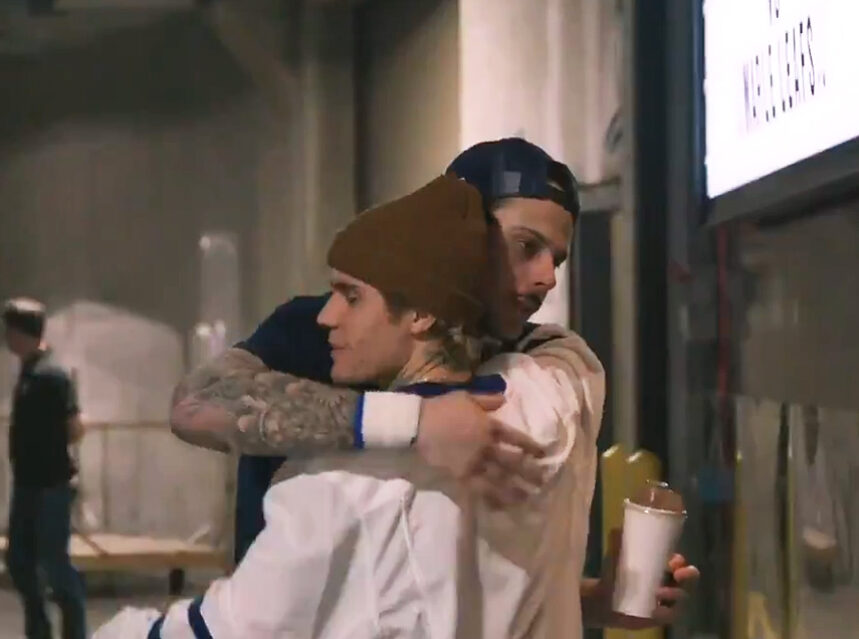 Canadian global superstar, Justin Bieber just dropped his latest video for ‘Hold On’ and he calls it a ‘Maple Leafs Love Letter.’

The video glorifies the pop star’s favourite team with incredible Maple Leafs moments both on and off the ice. The Biebs also pops into the scenes from time to time.

It’s a must watch for fans of the Blue and White and of course, ‘Beliebers’ the world over.

The video release is for Justin Bieber’s latest single “Hold On” from his highly anticipated upcoming album release, “Justice,” which drops on March 19.

There are so many terrific scenes featuring the Maple Leafs on and off-ice antics, including snowball fights, captain John Tavares in his car, the Leafs enjoying a game of spike ball on BMO Field and dressing room dancing.

Justin Bieber grew up in Stratford Ontario, where he also played hockey and became a devout fan of the Toronto Maple Leafs. Bieber loves hockey along with several other sports and he was offered a tryout contract by the Bakersfield Condors of the ECHL in September 2012. He has also participated in the NHL Celebrity All Star game as well as other celebrity hockey games. When in town Justin Bieber plays for the ‘White Bears’ and the ‘Sewage’ in the LA Kings Valley Ice Center adult league. He has also taken to the ice with his beloved Maple Leafs.