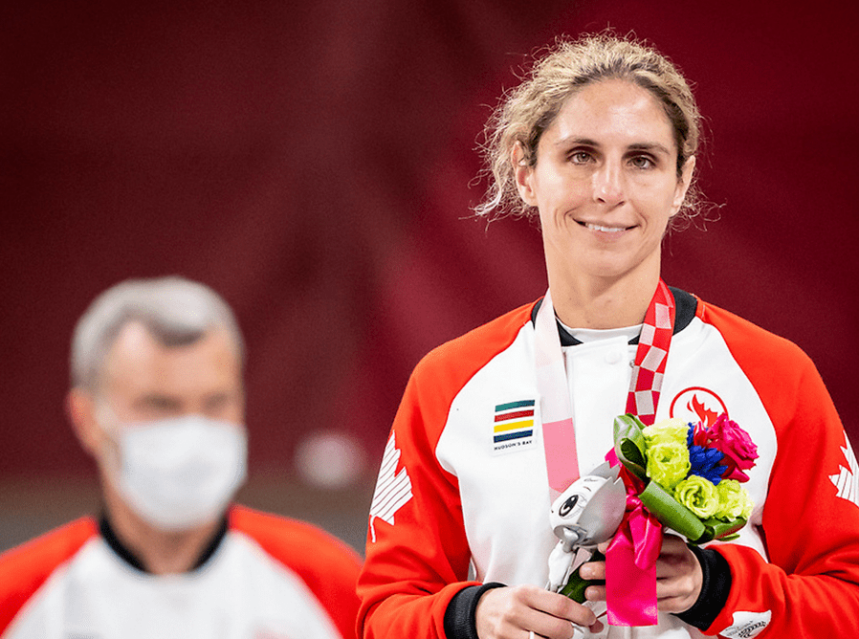 TOKYO, Aug. 27, 2021 /CNW/ – Canada has won two medals for the third consecutive day at the Tokyo 2020 Paralympic Games, bringing the nation’s total to six following the conclusion of competition on Friday August 27.

“The race today was definitely harder than I anticipated, I felt like the start was pretty good and then the last half lap I just didn’t quite have it in me,” said O’Brien. “But that’s okay, and it’s kind of the first time in my sporting career that I’ve realized my best was that today, and it wasn’t the gold medal winning best but that’s okay because I did what I could today. It’s actually an amazing feeling being here with everyone and coming back after my injury four years ago.”

“It’s very rewarding to win this medal. There’s been a lot of hard work over the last five years; especially the last year and a half has been crazy,” said Gagné.

“I thought of so many people once the competition was over. All the Senseis over the years, my family, of course my coach Andrzej Sadej. It’s wonderful to know my 85-year-old grandmother will be able to see this.”

“I really enjoyed that, it was a lot better than the morning, I swam it a lot better, which was my plan, so I’m very happy with it,” said Dorris.

“It was a really good race; I had a lot of fun,” said Bérubé. “It’s the fastest time that I’ve gone in probably five years and a best time in this sport class, so I’m definitely thrilled with that and it’s a great start to the rest of the week.”

“Overall, it went well,” said Bolton, age 18. “I was a little nervous at the beginning, but I’m glad I was able to pull it together. Now that I’ve shaken the nerves out, I’m going to go back, do some disc training and hopefully pop out some new personal bests. The Paralympics are very big. It’s a little overwhelming. There are lots of people and lots of staff doing a good job of keeping us all on track.”

Canada’s men’s team lost an incredibly close thriller 77-73 to Turkey after pushing the game into overtime. Trailing five with just under a minute left in regulation, Nik Goncin (Regina, SK) made a huge three-pointer to keep Canada in it before hitting the game-tying bucket with 6.1 seconds left. Ultimately, Turkey just pulled out the win, dropping Canada’s round-robin record to 0-2. Goncin was a star for Canada with a triple double (33 points, 15 rebounds and 11 assists) while Patrick Anderson (Fergus, ON) controlled the boards with 22 rebounds, along with 24 points and nine assists.

“We take a bitter taste in our mouths away from it – missed opportunity. On the other hand, we had some inspiring stretches,” said Anderson. “We played some pretty consistent, disciplined defense throughout the game – which is probably the most important thing going forward. Nik [Goncin] showed what a gamer he is – those are all positives.”

In the Grade III event, Beijing 2008 gold medallist Lauren Barwick (Aldergrove, BC) and her horse Sandrino posted a ninth-place finish as well while Roberta Sheffield (Lincolnshire, England) and Fairuza ended up in 12th.