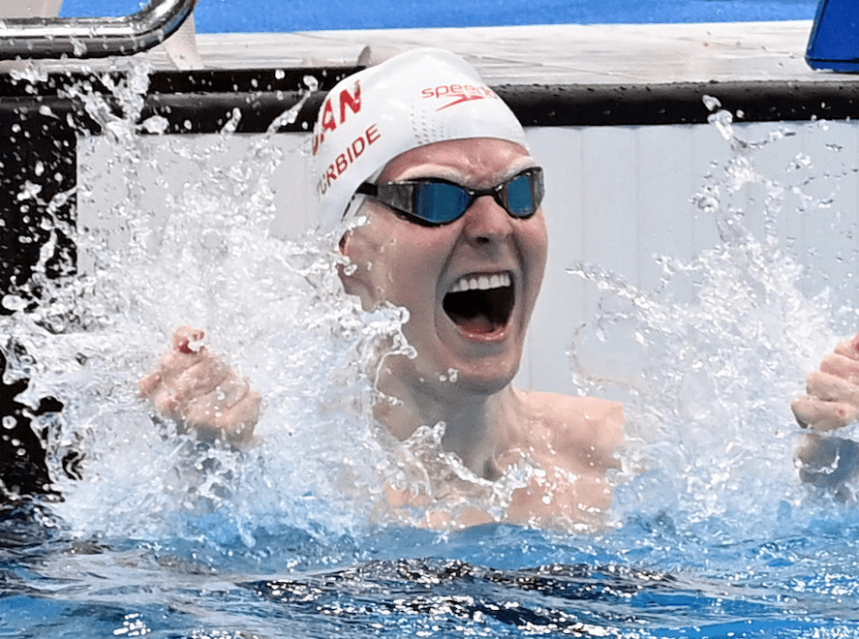 “I was super thrilled to make it into the final,” Chernove said. “The final was not so great, obviously no one ever wants to get caught, I knew [Astashov] would go out fast, and I tried to start fast, but I probably started too fast.”

“I feel pretty emotional tonight actually, it’s not my usual self, but I had a year and a half filled with injuries that actually made me doubt that I would come here today at these Games,” said Turbide. “Going back home with a medal is the best result that I could have hoped for, and it shows that being resilient during the year and believing in myself made the difference tonight.”

Other results saw Katarina Roxon (Kippens, NL) just missing out on a podium in the women’s 100m breaststroke SB8, finishing in fourth. She had been the defending Paralympic champion in the event. James Leroux (Repentigny, QC) was sixth in the men’s 100m breaststroke SB9 while 19-year-old Matthew Cabraja (Brampton, ON) posted a seventh-place result in the men’s 400m freestyle S11 in his first ever Paralympic final.

“It went really well, I’m really happy with how consistent it was compared to the morning,” said Cabraja. “I’m happy to be under five [minutes] again, I’m honestly really proud of that race.”

“That felt amazing. It was a huge confidence boost, and I couldn’t be happier. We showed we have all the tools to succeed,” said Reinke.

“I thought the last two years we made the best of it, but not being able to play together for two years against international competition is tough,” said Higgins. “Not making any excuses. It’s a short and long tournament. It’s good that we got this game out of the way, and we’ve got another game tomorrow to look forward to. The guys are chomping at the bit. They got a little taste. They’re looking forward to tomorrow, for sure.”

“They [USA] are a big, strong team. You know they are always going to compete hard; they are one of the favourites going in, you know you’re in for a battle every time you play against them,” said assistant coach Dave Willsie following the game. “We matched up well, I don’t remember a team creating that many turnovers against them. If we just took care of the ball a little better, I think the outcome would have been different.”

“Today the matches were all hard, I had a problem with my strength, my hand, and I couldn’t do my game,” said Mainville. “This is my last Paralympic Games so it’s kind of nostalgic. Usually my family comes to the Paralympics and now they couldn’t because of COVID so I had a lot of emotion about that, this being my last Games.”