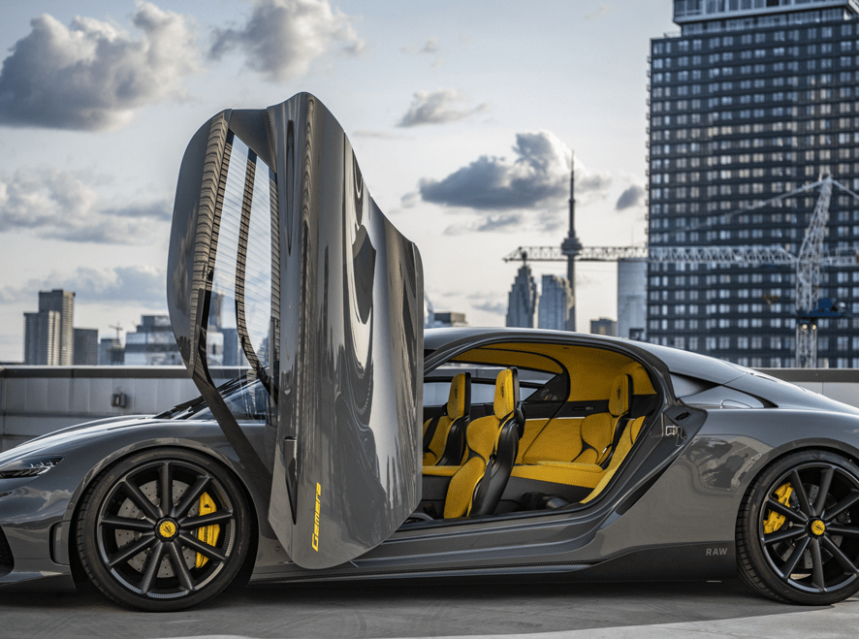 To celebrate that partnership, the award-winning retailer launched a national tour highlighting the world’s only Mega-GT, the first-of-its-kind four-seat Koenigsegg Gemera. With three electric motors working in tandem with a twin-turbo 3-cylinder combustion engine to make a staggering 1,700-hp, the two-door, all-wheel-drive Gemera achieves a 0-100 km/h sprint time of just 1.9 seconds.

“It is an honour for Grand Touring Automobiles to now represent the Koenigsegg brand across Canada, says Paul Cummings, Dealer Principal and CEO of Grand Touring Automobiles. “The Gemera is one of the most remarkable cars built by any automaker anywhere, and I know there are some Canadian enthusiasts who can’t wait to see it in person. And we can’t wait to show them.”

The tour kicked off with a private event in Montreal on July 19, 2021, giving elite shoppers a chance to interact with the groundbreaking hybrid megacar. Additional invite-only showings are just wrapping up in Toronto, with other stops planned for Calgary and Vancouver later this month. Koenigsegg has also supplied Grand Touring Automobiles with its fastest car ever for the tour: the stunning, fighter jet-inspired US$4M, 1,600-hp Jesko Absolut.

With facilities across the country – including recently acquired operations in Calgary that represent Aston Martin, Automobili Pininfarina, Bentley, Bugatti, Koenigsegg, Lamborghini, Lotus, RIMAC and Rolls-Royce – Grand Touring Automobiles is Canada’s superluxury retailer. The award-winning retailer also earned the distinction in 2020 as the number one Bugatti retailer for North America and through a recently announced acquisition, now proudly represents the French car maker from coast-to-coast.