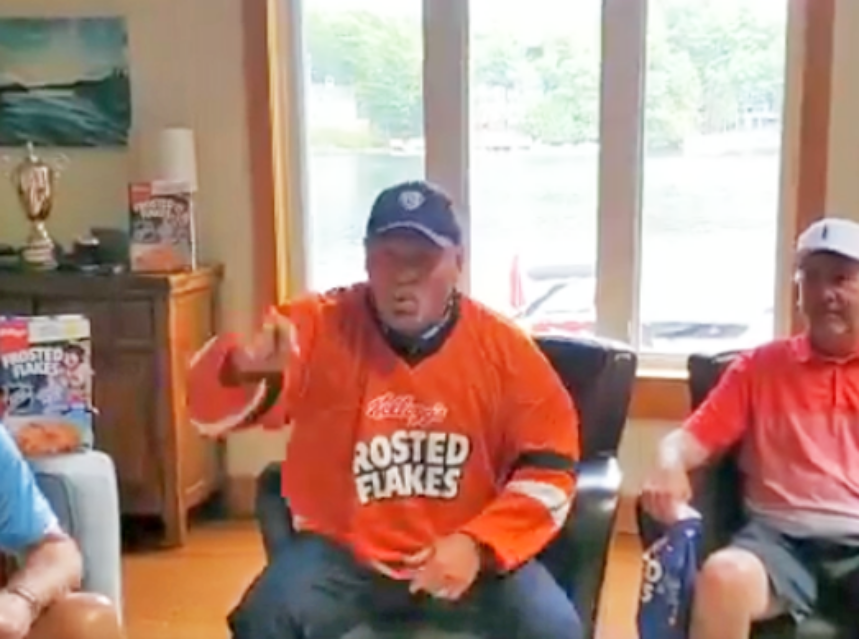 MISSISSAUGA, ON, Aug. 11, 2020 /CNW/ – From nail-biting overtime wins to buzzer-beating goals, the game of hockey has created unforgettable moments worthy of the “celly” or on-ice celebration throughout the years. To commemorate hockey’s return, Kellogg’s Frosted Flakes*, Official Partner of the National Hockey League (NHL®) and Official Cereal of the Stanley Cup® Playoffs, is teaming up with former Toronto Maple Leafs Captain, Wendel Clark. Together, they are inspiring Canadians to stay energized during the Playoffs season and let loose with their own “Cereal Celly” to welcome back the game we all love.

“Hockey is a sport that brings our country together, and after months of being asked to stay apart, nothing calls for more of a celebration than the return of the Stanley Cup® Playoffs,” says Wendel Clark. “With the new intense Playoffs format fans are glued to the game day and night like never before. Kellogg’s Frosted Flakes is that perfect go-to, game-time snack any time of day, which is why I’m partnering with Tony the Tiger, the ultimate coach. We’re encouraging Canadians to raise a bowl and unleash their own ‘celly’ when their favourite team or player scores big.”

The NHL® has experienced an evolution of on-ice celebrations over the years, affectionately known as the “celly”. As a nod to these iconic hockey moments, Clark and Tony the Tiger are issuing a challenge to Canadians to show off their unique #CerealCelly with Frosted Flakes.

“We know signature celly’s are not limited to the players on the ice,” says Christine Jakovcic, Vice President Marketing & Nutrition, Kellogg Canada Inc. “Hockey fans have their own unique rituals that are played out in living rooms across the nation, and Kellogg’s Frosted Flakes wants to honour these moments of sheer joy, especially during this challenging year. We are excited to partner with Wendel Clark and the NHL® to celebrate these moments of gr-r-reatness for hockey lovers from coast-to-coast.”

“Tony the Tiger has always been dedicated to the importance of teamwork, a core value that he shares with hockey greats like Wendel,” continues Jakovcic. “Teamwork, whether it’s on the ice or in communities across our country, deserves to be celebrated. Kellogg invites all Canadians to grab a bowl of irresistible Kellogg’s Frosted Flakes cereal, while honouring the sport that unites our nation.”

Fans are asked to share their own Frosted Flakes “Cereal Celly” on social using #CerealCelly throughout the Playoffs season. For more information about Frosted Flakes, fans can visit @frostedflakescanada on Instagram and Facebook, and also check out Wendel Clark’s Frosted Flakes #CerealCelly at @wendelclark17.