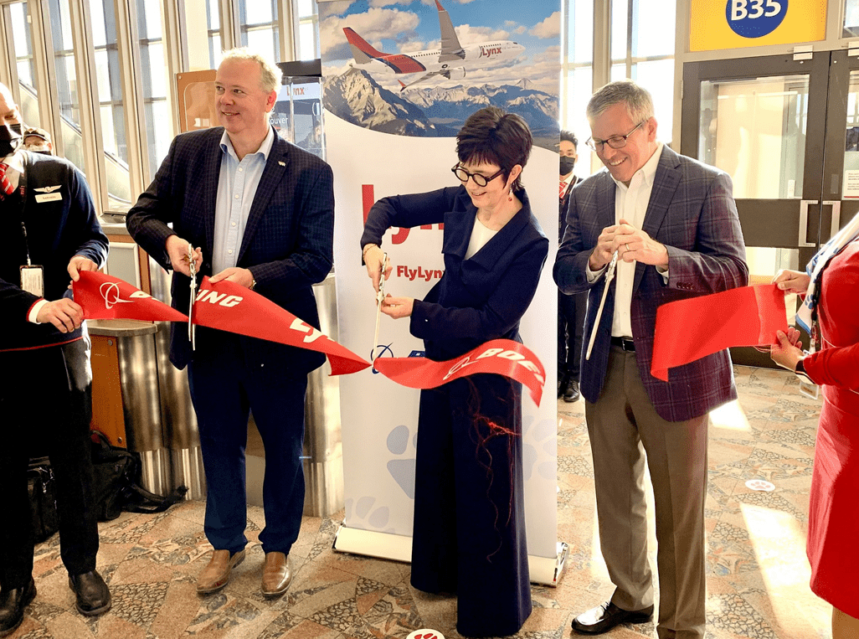 By summer, travellers in the Toronto region will be able to fly out of John C. Munro Hamilton International Airport (Hamilton Airport) as well as Toronto Pearson Airport and will have six destinations from coast to coast to choose from: Halifax, St. John’s, Winnipeg, Calgary, Edmonton and Vancouver. This will take Lynx’s total flights in and out of the Greater Toronto Area to 92 flights per week, the equivalent of more than 17,000 seats per week. Tickets are on sale now at FlyLynx.com.

Lynx expects to be operating 148 flights per week coast to coast across Canada by this summer, which equates to more than 27,000 seats per week. One-way fares start from $39*.

To celebrate Lynx’s inaugural Toronto service, the airline is launching a limited-time seat sale and will be offering up to 50 per cent off the base fare for all routes flying to and from the Toronto region. The sale will run from April 11 to April 13 and will end on April 13 at 23:59 MST. For full sale details and to reserve a discounted seat, visit FlyLynx.com.

“Today’s inaugural flight from Toronto is the first of many, and we’re excited to be providing Canada’s largest city with a new ultra-affordable option for air travel,” says Merren McArthur, CEO of Lynx. “Toronto Pearson is expected to become a major hub for Lynx flights, as we work to rekindle Canadians’ love for travel by taking the stress and spending out of flying. We believe passengers should feel just as comfortable flying across the country with Lynx as they do taking a weekend road trip.”

“We’re pleased to welcome Lynx Air to Toronto Pearson and celebrate this inaugural flight,” said Janik Reigate, Director of Strategic Customer Relationships, Greater Toronto Airports Authority. “As travel restrictions ease and interest in air travel on the part of the public continues to rise, Lynx is offering more options for those travelling to other parts of Canada, while also giving visitors to Pearson greater opportunities to explore Ontario.”

Lynx operates a fleet of brand-new Boeing 737 aircraft and is transforming the Canadian aviation landscape with ultra-affordable fares and an exceptional flying experience.

About Lynx Air
Lynx Air (Lynx), is Canada’s leading ultra-affordable airline and is on a mission to make air travel accessible to all with low fares, a fleet of brand-new state-of-the-art Boeing 737 aircraft and excellent customer service. Lynx is a privately owned Canadian airline with the financial backing and industry expertise required to transform the Canadian aviation landscape. To learn more visit Lynxair.com or find us on social media @Lynx_Air.

Ultra-reliable and energy-efficient, Lynx Air’s fleet of Boeing 737 aircraft are serviced and operated by one of the most experienced teams in the business. All Lynx aircraft meet the highest internationally certified safety standards and are certified by Transport Canada. These are vital improvements which decrease

Lynx’s carbon footprint and help make it one of Canada’s greenest and most sustainable airlines. All Lynx aircraft meet the highest internationally certified safety standards and are certified by Transport Canada.