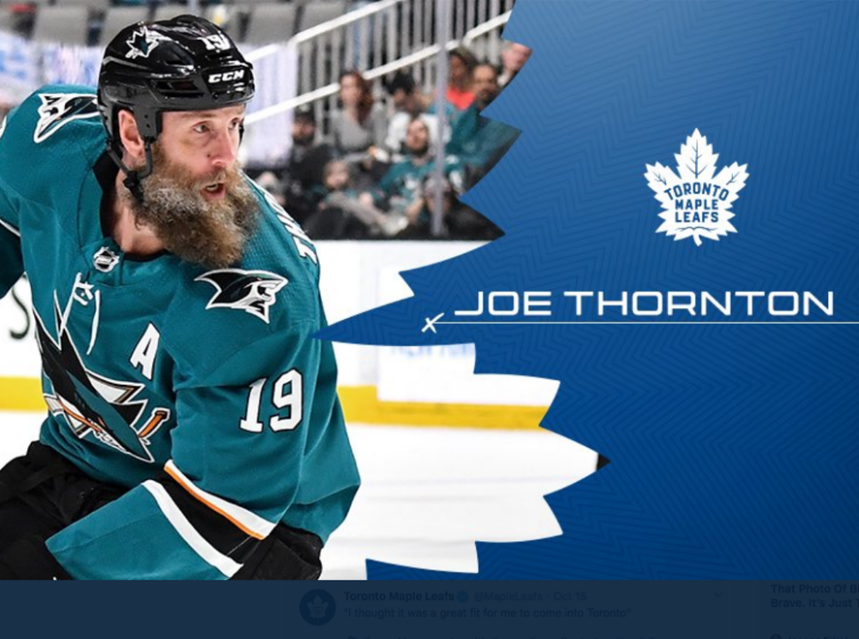 Thornton was originally drafted from the Soo Greyhounds (OHL) by the Boston Bruins with the first overall selection in the 1997 NHL Draft.

Vesey, 27, appeared in 60 games for the Buffalo Sabres during the 2019-20 season, recording nine goals and 11 assists. In 304 career NHL games between Buffalo and the New York Rangers, he has recorded 110 points (59 goals, 51 assists). Prior to beginning his professional career, Vesey appeared in 128 games for Harvard University, registering 80 goals and 64 assists for 144 points. He captured the Hobey Baker Award as the NCAA’s top men’s ice hockey player in 2015-16.

On Tuesday, October 13, the Maple Leafs announced the signing of one of Joe Thornton’s teammates, San Jose Sharks goaltender, Aaron Dell to a one-year contract valued at $800,000.