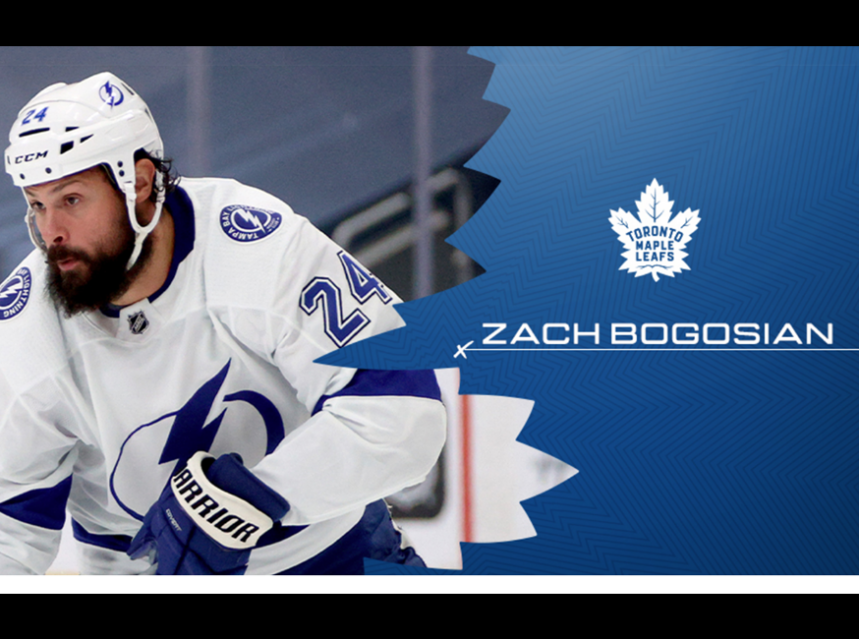 Bogosian, 30, split the 2019-20 season between the Buffalo Sabres and Tampa Bay Lightning. He registered a goal and four assists in 19 games with the Sabres before being placed on waivers and signing a day later with the Lightning on February 23.

He had two assists in 8 games to finish of the regular season with the Bolts, and recorded four assists with the Tampa Bay Lightning in 20 playoff games, helping them win the Stanley Cup.

Internationally, the Massena, NY, native represented the United States at the 2009 World Championships, recording an assist in nine games.

Bogosian was originally selected in the first round (3rd overall) in the 2008 NHL Entry Draft by the Atlanta Thrashers.

The Leafs were quick of the gate yesterday when the doors opened to the NHL entry draft at noon, signing journeyman power forward, Wayne Simmonds and Calgary Flames defenceman T.J. Brodie.