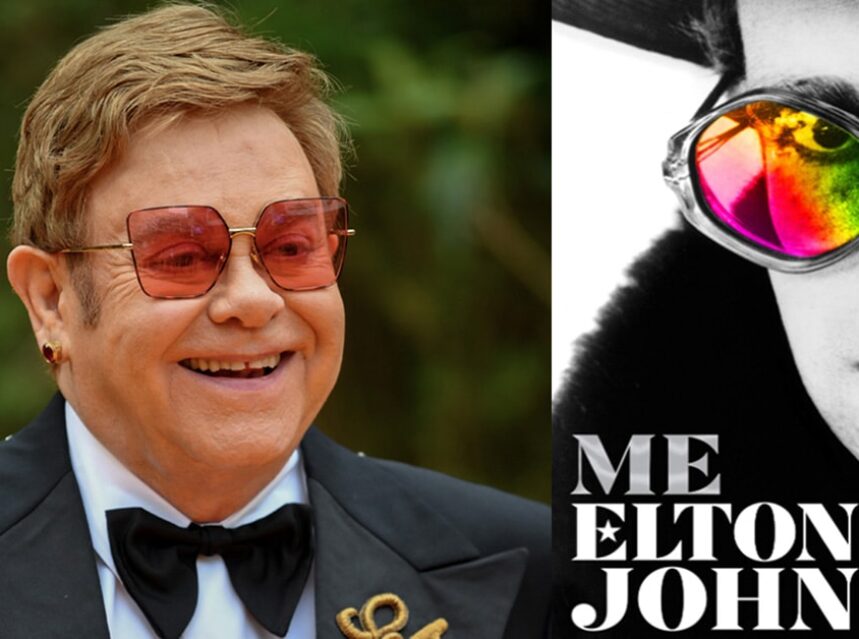 Me By Elton John – The year of 1973 was a good year for me, especially when it came to appreciating rock music on record.

That year, I was a devoted listener of CKGM (I was a year away from being introduced to CHOM), in which popular deejays like Robert G. Hall and the late Ralph Lockwood gave me my introduction into the world of Top 40 radio and pop/rock music. And thanks to the station’s ongoing record giveaway call-in promotion, I got the opportunity to own my very first rock music LPs. The first one was Paul McCartney & Wings’ landmark “Band on the Run”; the other was “Goodbye Yellow Brick Road” by Elton John.

The latter album was a rarity at the time, because it was a double album, and very few artists released that much vinyl to the public at one time, because you had to have quite a lot of material (and hopefully, good material) to take up four sides (the few exceptions of double albums that were hits were The Beatles’ “White Album” in 1968 and George Harrison’s “All Things Must Pass” in 1970 … and that was a three-record set!).

What struck me about “Goodbye Yellow Brick Road” that it was a perfect rock album to me. Every track on both records was great to listen to; there were no wasted or throwaway tunes that you wanted to skip. From such hits as “Bennie and the Jets”, “Saturday Night’s Alright for Fighting” and “Candle in the Wind”, to such unheralded classics as “Harmony”, “Funeral For A Friend/Love Lies Bleeding” and “Sweet Painted Ladies”, this album was a masterpiece that was filled with fun, joy, melancholy and introspection thanks to the genius of Elton John and his longtime songwriting partner Bernie Taupin. Which is why I repeatedly played – and wore out – “Goodbye Yellow Brick Road” on vinyl, cassette and CD.

Not bad from a rock music superstar who started out as Reginald Dwight 73 years ago, and in December of 1967 was a bespectacled pianist for a British blues group called “Bluesology”, and decided that spending his music career playing the tony supper clubs of England was not in the cards for him.

The following year, Reg Dwight changed his name to Elton John, took his career on a different musical path, and he never looked back. Yet throughout his more than 50 years in music, Elton John has enjoyed and reviled the trappings of superstardom, which at times led to great moments and the edge of self-destruction, which are all chronicled in great detail in his best-selling memoir Me.

What Elton John’s fans will get from this book is a very honest and unabashed account of a life in music and superstardom that’s told with plenty of blunt humor, which acts as a shield of resistance against the harsh upbringing he had in the austerity of 1950s post-war Britain, when his father believed that showing any sign of emotion was a sign of weakness, and that young Reg used music as a personal retreat whenever his parents had another loud argument.

As well, the book has many interesting behind-the-scenes stories of how some of his greatest albums were recorded in a brief period of time (a matter of a few short weeks, to be exact), and just as quickly shot up to the top of the album charts. But it’s the personal side of Elton John that makes up the bulk of his memoir. The near destructive addiction to alcohol and cocaine, his quest for male partners and wild sex, his brave battle to dry out from his addictions, the establishment of his foundation to battle AIDS (the chapter dealing with his friendship with the late teenage AIDS victim Ryan White makes for heartbreaking reading) and his constant seeking out for the attention and approval of his parents.

Elton gives a great deal of introspection to the many aspects that made up the highs and lows of his life and career. One interesting bit of reflection dealt with how his remake of “Candle in the Wind” in 1997 in memory of Princess Diana became the fastest selling single in music history, sold millions of copies around the world and raised nearly $80 million for charity … which got swallowed up by legal fees as a result of a lawsuit over Diana’s image on merchandise.

“In the end, it reached a point where I started feeling really uncomfortable with the charity single’s longevity. Its success meant there was footage of Diana’s funeral week after week on Top of the Pops – it felt as if people were somehow wallowing in her death, like the mourning for her got out of hand and they were refusing to move on. It seemed unhealthy to me – morbid and unnatural. I really didn’t think it was what Diana would have wanted.”

And one demon that Elton somehow couldn’t shake off was his mother, who throughout her life criticized her son for his career choice, how he ran his business and was just a difficult, unhappy person to get along with. The portion that deals with his civil union ceremony with his partner David Furnish, and how Elton’s mother nearly ruined such an important moment in his personal life (almost like a “monster-in-law”) is laced with tragicomedy.

“Mum was never one of life’s tactile, nurturing, come-here-and –give-me-a-hug mothers, and there was a mean streak to her that went beyond just being prone to bad moods, or a victim of the Dwight Family Temper, into something else entirely, something I didn’t like to think about too deeply, because it frightened me,” he reflects shortly after her passing in 2017.

Me is probably one of the best rock ‘n’ roll memoirs since Keith Richards’ Life. Elton John gives us his own brutally frank story of true survival in the fast track way of life in the rock music world and is still standing to prove it. Through a lot of honesty and reflection, the reader gets to travel with Elton John through his long, difficult path of transformation from Reginald Dwight, bluesman to Elton John, rocketman.

Or as Elton states quite eloquently and to the point: “The great thing about rock and roll is that someone like me can be a star.”