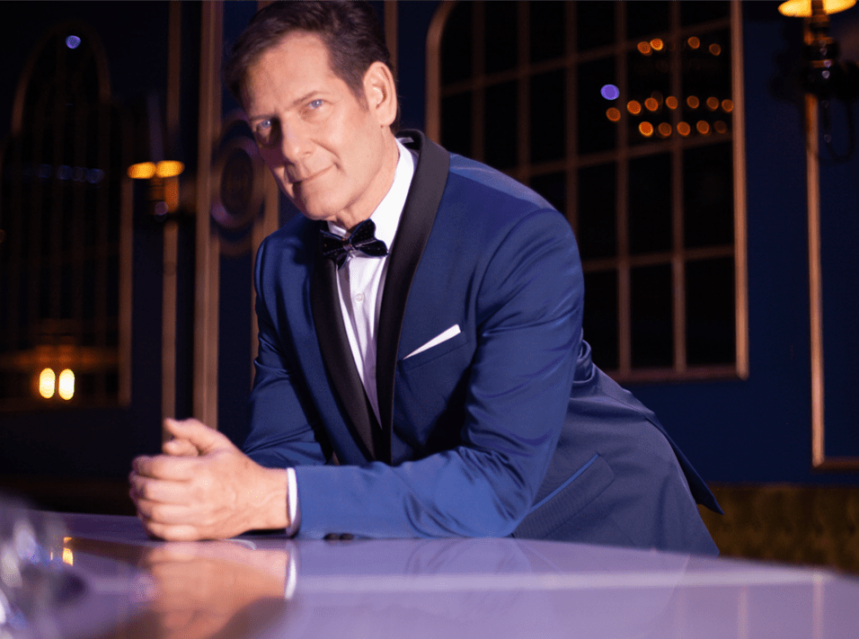 Launched 1992 by jazz performer Peter Cardinali, Alma Records discovers and develops new and original artists who choose not to be compromised by the demands of an obsessively commercial music industry.

This philosophy has been a success. Their company has a roster of exceptionally gifted musicians and artists who have recorded an enduring catalogue of albums. Their work is now available around the world via prudent licensing deals with kindred labels such as Universal, eOne, edel, JVC, Proper, Perleberg, Pony Canyon, Gallo, EMI, Scorpio, Sony, Warner, and more.

“It gives me great pleasure to welcome multi-talented singer, songwriter, musician, Micah Barnes, to the Alma family, and I look forward to making some great records together,” says Peter.

As Micah gears up for his Brampton show on September 24, it’s almost showtime on the national broadcast has also been named as Music Director for the upcoming Canada’s Got Talent season, set to air in 2023. Toronto jazz fans can also see Micah performing at the Kensington Market Jazz Festival the first weekend (Saturday, October 1st 10pm at Tapestry) of October.

Born in Vienna and raised in Canada, Micah Barnes cut his teeth in the cabarets and jazz clubs of Toronto in his teen years, before joining The Nylons in 1989. Recording and touring as a member of the internationally celebrated A Capella group placed Micah firmly within the global music scene. Through managing a busy schedule of concerts and television appearances, Micah’s rich and soulful baritone was introduced to music fans around the world.

Micah says, “It’s rare for an established indie artist to find a home with a label so perfectly designed to support their journey. That’s why I’m especially thrilled to be joining forces with Peter Cardinali and Alma Records. I know my next album will benefit from Peter’s extensive history as a producer, and we’re both looking forward to rolling up our sleeves and jumping into the music together! With the added support from Universal Music Canada, it feels like our audience is about to expand internationally, which adds an extra layer of excitement for all of us involved.”

In his days since the Nylons, Micah has launched an active solo career, which included touring the USA with his international club hit “Welcome To My Head” – which placed #1 on the Billboard charts. His solo career also marked his long-awaited return to the jazz genre of his early years, resulting in a series of critically acclaimed recordings, including New York Stories (eOne Music). Micah has also shared the stage with a host of internationally renowned artists, including Molly Johnson & Jackie Richardson.

At his home base in Toronto, Micah is a busy Vocal, Performance and Career Strategy Coach whose international clients include GRAMMY nominated J.P. Saxe and Emmy Award-winning Tatiana Maslany.