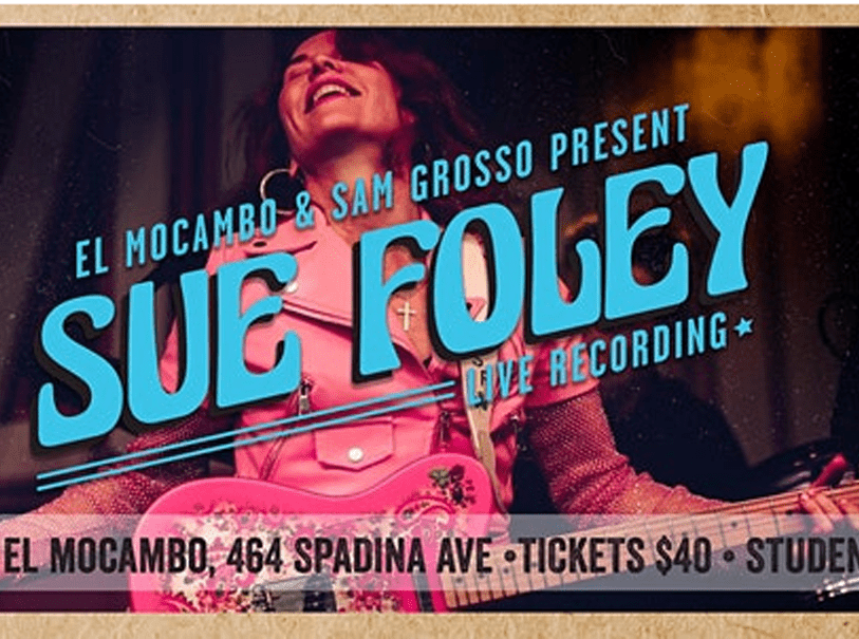 TORONTO, August 10, 2022 – There’s an unmistakable magic that comes with — not only being in the room with live music — but live music captured live-off-the-floor and forever archived in album form. Now such experience is on the horizon with multi-award-winning powerhouse Ottawa blues guitarist and singer Sue Foley and the upcoming show recording this September 8th at the El Mocambo.

Sue is a 5-time JUNO Award nominee and 2001 winner for Best Blues Album and a few weeks ago, was also named as the winner of the Traditional Blues Album, and Traditional Blues Female Artist of the Year at the 2022 Blues Music Awards in the US. Last month, she won Guitarist of the Year and Entertainer of the Year at the Maple Blues Awards, and her new album, Pinky’s Blues has been on the Roots Music Report’s Canadian Chart top 10 albums for the last 27 weeks.

Sue Foley’s Live Recording will take place on September 8th at El Mocambo. Tickets are $40, and $20 for students with a special meet and greet VIP ticket for $80.