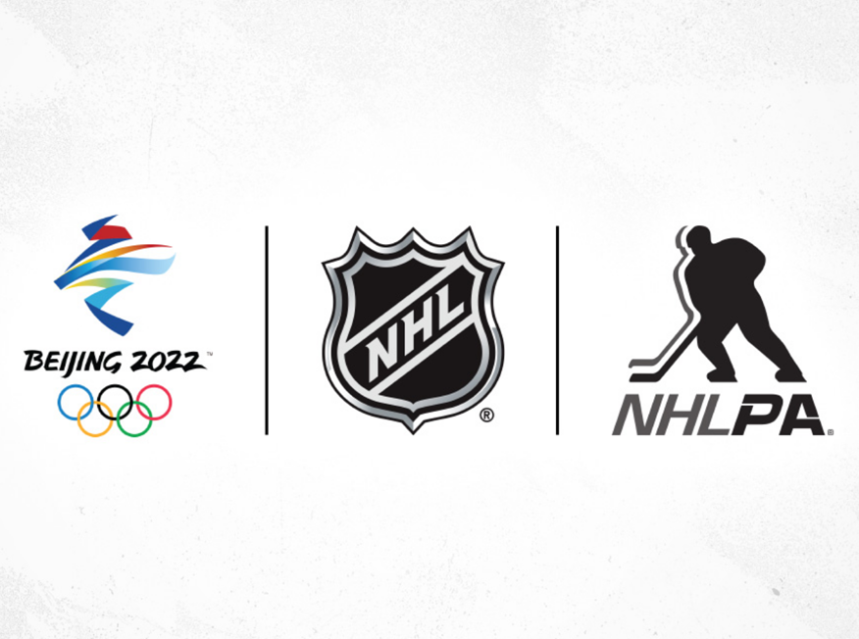 “We expect that NHL players will return to the Olympics in 2026.​”

TORONTO, ON, Dec. 22, 2021 – It comes as no surprise that after postponing so many regular-season games the past two weeks as a result of increasing COVID cases and a rising number of postponed games, the National Hockey League announced today that NHL Players will not participate in the 2022 Winter Olympics in Beijing. The NHL also said in their statement that they “will begin utilizing available dates during the Feb. 6-22 window (originally contemplated to accommodate Olympic participation) to reschedule games that have been, or may yet be, postponed.”

NHL Commisioner Gary Bettman said in today’s statement from the league, “The National Hockey League respects and admires the desire of NHL Players to represent their countries and participate in a ‘best on best’ tournament. Accordingly, we have waited as long as possible to make this decision while exploring every available option to enable our Players to participate in the 2022 Winter Olympic Games,” NHL Commissioner Gary Bettman said.

“Unfortunately, given the profound disruption to the NHL’s regular-season schedule caused by recent COVID-related events — 50 games already have been postponed through Dec. 23 — Olympic participation is no longer feasible. We certainly acknowledge and appreciate the efforts made by the International Olympic Committee, the International Ice Hockey Federation and the Beijing Organizing Committee to host NHL Players but current circumstances have made it impossible for us to proceed despite everyone’s best efforts. We look forward to Olympic participation in 2026.

“Since the CBA extension was reached 17 months ago, NHL players have looked forward with great anticipation to once again participating in the Winter Olympics. Until very recently, we seemed to be on a clear path to go to Beijing. COVID-19 has unfortunately intervened, forcing dozens of games to be postponed this month alone. No matter how much we wish it were not the case, we need to utilize the Olympic period to reschedule these games.

“Certainly, the players and hockey fans are quite disappointed. But playing a full 82-game season this year, something the pandemic has prevented us from doing since the 2018-19 season, is very important. We expect that NHL players will return to the Olympics in 2026.​”

The NHL concluded their statement by saying: “Our focus and goal have been and must remain to responsibly and safely complete the entirety of the NHL regular season and Stanley Cup Playoffs in a timely manner. Therefore, with stringent health protocols once again in place, we will begin utilizing available dates during the Feb. 6-22 window (originally contemplated to accommodate Olympic participation) to reschedule games that have been, or may yet be, postponed.”

A cloak of disappointment has dropped over the NHL players who were were looking forward to making their respective Olympic teams with some using it as a goal and motivation since the beginning of the season. Winnipeg Jets goalie Connor Hellebuyck was extremely dejected about not representing his country, the United States.

“I can’t speak for everyone, but the feeling for myself, it’s a little overkill.,” said Hellebuyck. “You see leagues like the NFL who are adapting and, I think, doing things right. It sucks. But it’s Christmastime, so we’re enjoying the break. Going to use this as a little mental reset, see family, and enjoy the holidays.”

Hellebuyck echoed the sentiments of many potential NHL Olympians. “If the next one’s in four years, I’ll be 32. I know I’ll still be playing my best hockey, but we’ll see if it’s the same story. It was going to be an awesome opportunity to play, but I guess that’s just what we have to deal with,” said Hellebuyck.

Canadian superstar Sidney Crosby said the NHLers will be missing out on the experience of a lifetime. “I’ve been fortunate enough to be part of two. I definitely feel for the guys who have missed numerous opportunities,” said Crosby.

“It’s not something where it’s the next year, or you push it a couple months. These are opportunities and experiences of a lifetime that you don’t get very many of as an athlete. You might only get one,” said the Penguins captain.

Toronto Maple Leafs GM Kyle Dubas also reiterated what many potential NHL Olympians are feeling. “Those athletes have worked their entire life to be in consideration to go to the Olympics. Especially this era of player, basically their whole life that they’ve grown up, the best players — save for 2018 — have been at the Olympics,” Leafs GM Kyle Dubas said. “It’s always been a great event and something they all aspire to when you talk to them.”

In terms of who actually will get the call to represent the countries at Beijing 2022, the expectation is that a lot of the top players from some of the best European leagues including the KHL in Russia, Germany’s DEL , Sweden’s SHL and Switzerland’s NLA. Many of these players were already preparing to compete at the recently cancelled Spengler Cup. And they will also be accustomed to the larger ice surface.

At the last four Olympics where NHL players did not participate, Canada has failed to win gold. They won Bronze at PyeongChang in 2018, Silver at Lillehammer in 1994, Silver in Albertville 1992 and finished 4th in the 1988 Calgary Olympics. When NHL players were sent Canada won Gold in 2014 Sochi, 2010 Vancouver and 2002 Salt Lake and finished 7th at Turin 2006 and 4th at Nagano in 1998.