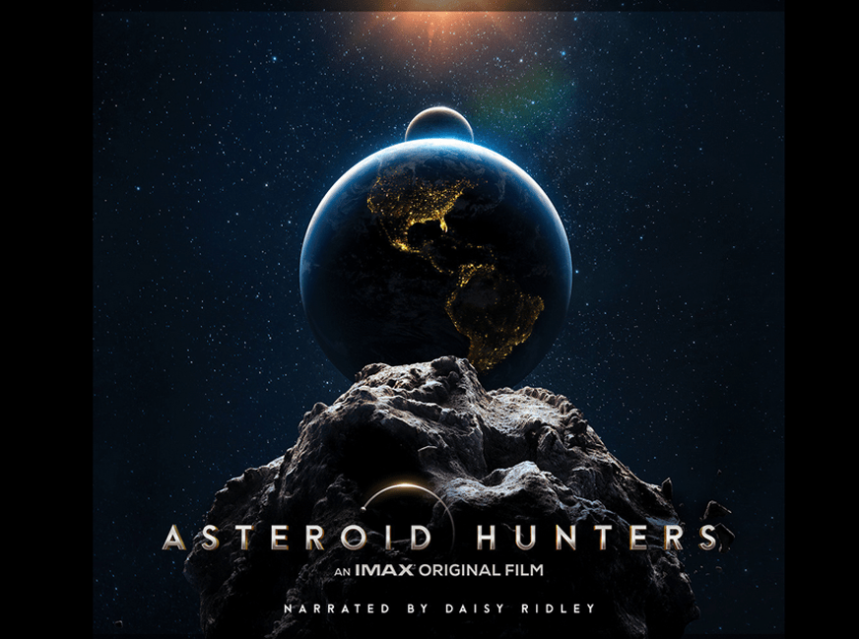 TORONTO, ON, Dec. 7, 2021 – This December continues to rock! The Ontario Science Centre proudly celebrates 25 years of delivering engaging and educational large-format films in the OMNIMAX® Theatre with the opening of original IMAX® film, Asteroid Hunters on December 15. Since it first opened on December 7, 1996, Ontario’s first and only IMAX® Dome theatre has screened 65 IMAX® films to 7.3 million visitors.

Narrated by Star Wars’ Daisy Ridley, the film takes viewers into deep space for a fascinating look at asteroids, their cosmic origins and the rare but potential threat they pose to our world. The film also recognizes the scientists and engineers who are working to keep the Earth safe from hazardous space rocks—mirroring NASA’s recent DART mission to test asteroid deflection.

“We’re delighted to celebrate 25 years of sharing the unique and immersive cinematic experience of the OMNIMAX® Theatre with visitors to the Ontario Science Centre,” said Paul Kortenaar, CEO, Ontario Science Centre. “Our steady lineup of outstanding educational films continues with this latest space film about the brilliant minds and intriguing science behind detecting and tracking asteroids. We can’t wait for our visitors to see it.”

Written and produced by Phil Groves and directed by W.D. Hogan, Asteroid Hunters introduces asteroid scientists – who are the best line of defence between Earth and an asteroid’s destructive path – and the cutting-edge tools and techniques they use to detect and track asteroids. The effects of an asteroid impact could be catastrophic and while the current probability of an event in our lifetime is low, the potential consequences make the study of asteroids an incredibly important area of scientific research.

“Asteroid Hunters has been a real passion project for me and I’m thrilled to share this very important and timely subject with audiences in the prestigious OMNIMAX® Theatre,” said writer and producer, Phil Groves.

For a quarter of a century, the OMNIMAX® Theatre has been home to IMAX® films that push the boundaries of cinematic storytelling with state-of-the-art theatre technologies. Since it first opened on December 7, 1996, Ontario’s first and only IMAX® Dome theatre has screened 65 IMAX® films to 7.3 million visitors. The 70mm film frame is 10 times the size of standard 35mm film and turned horizontally in the projector to maximize the image area—a reel-to-reel process that people can view in the Science Centre lobby.

“Congratulations to the Ontario Science Centre’s OMNIMAX® Theatre on 25 years of bringing educational and awe-inspiring films to movie-goers of all ages,” said Lisa MacLeod, Minister of Heritage, Sport, Tourism and Culture Industries. “I encourage all Ontarians to safely visit the science centre and take in the cinematic wonder and captivating experience of an IMAX® film at the province’s only IMAX® Dome theatre.”

Asteroid Hunters is rated G and has a run time of 40 minutes. Tickets are $12 for adults and $9 for children, youth and seniors. An educator’s guide, which includes materials appropriate for grades 3-12 that expand upon the film, is available for teachers.

Please visit OntarioScienceCentre.ca to purchase tickets. In accordance with provincial regulations, all visitors aged 12 and older must show proof of being fully vaccinated (paper or digital copy) along with valid ID to visit the Science Centre.