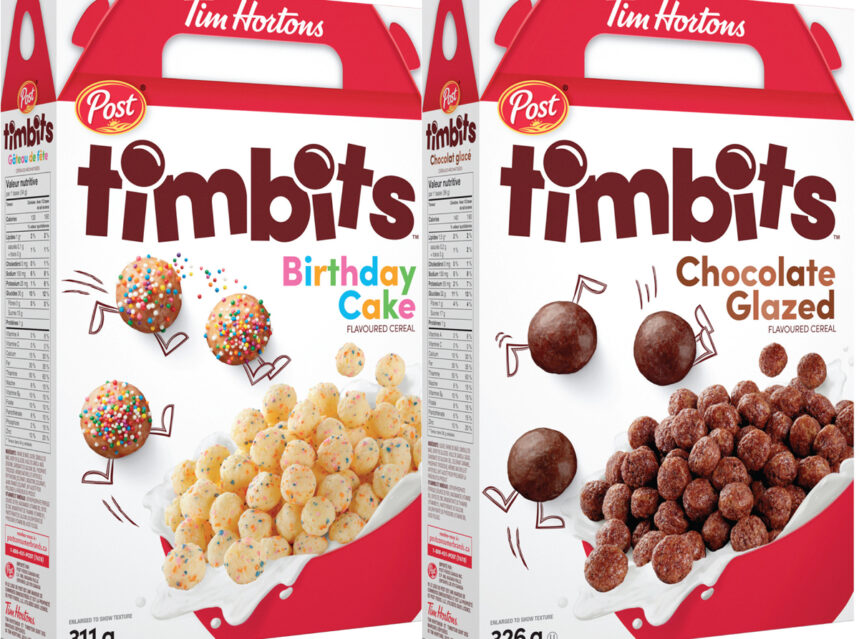 Now you don’t have to get out of your jammies to feed your coffee and Timbit taste addiction because you can experience it right at your own breakfast bar with Post Timbits Chocolate Glazed Cereal or Post Timbits Birthday Cake Cereal.

What are the top breakfast cereal’s?

The cereal obsessed 90s sitcom character, Jerry Seinfeld will be envious of Canadians as Post describes both cereals as crispy and crunchy (unlike actual Timbits) with the Post Timbits Birthday Cake Cereal being inspired by birthday cake with sprinkles (but but not real Timbit sprinkles). While the Post Timbits Chocolate Glazed Cereal is inspired by “the beloved taste of Chocolate Glazed Timbits,” and looks a little like Cocoa Puffs.

Both cereals are about as nutritious and sweet as the iconic Timbits, which have been a quick and easy Canadian sugar fix since 1976.

Launch of the Post Timbits cereals comes on the heals of Canadian pop star, Justin Bieber calling out Tim Hortons on social media regarding their new coffee cup lids and last week’s resignation of the company’s president, Alexandre Macedo.

The new cereal can now join your cupboard collection along with other popular Post cereals that include: Shreddies, Honeycomb, Sugar Crisp, Alpha-Bits, Shredded Wheat, Great Grains and Honey Bunches of Oats

The question is: Will Justin Bieber approve? Will he think they are as “Yummy” as his new single or will he ‘post’ that he prefers the old school original Timbits?

‘THEY’ is the word of the decade