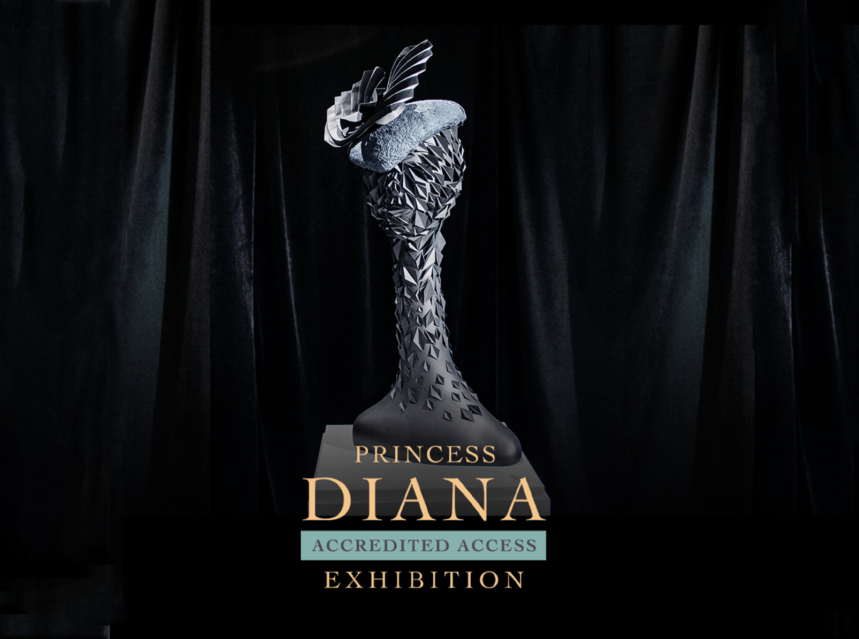 Toronto, April 20, 2022 –  The latest immersive exhibition to premiere in Toronto – making its Canadian debut after recently being on exhibit in Los Angeles and currently on display in Chicago – tells the story of the world’s most beloved Princess through an intimate new lens, taking guests on an experiential walk-through documentary of photography and art, narrated by Diana’s Royal Photographer. Liberty Entertainment Group announces the debut of Princess Diana Exhibition: Accredited Access on April 20th running until June 12th, 2022 in one of Toronto’s most magical locations, Casa Loma.

For the first time, world famous Royal Photographers, Anwar Hussein and his two sons Samir and Zak share collections of their original images and the personal, exclusive and never-before-told stories behind them. The Husseins collectively spent four decades working side by side with the iconic Princess and her family and will reveal what they witnessed first-hand, both in public and private moments.

Tickets to the exhibit are now on sale at www.casaloma.ca and are $30 Sunday – Thursday and $35 Friday – Saturday. VIP dinner packages for BlueBlood Steakhouse at Casa Loma are $235 plus tax and gratuity, including a prix fixe menu, with admission to the exhibit. Timed entry runs hourly from 5 PM; last admittance is at 9 PM for the (approximately) one hour program.

“Liberty Group is thrilled to be the first to host this stunning exhibit in Canada, showcasing the personal tales springing from the trusted relationship between Diana and Anwar Hussein, to shine a new light on one of the most photographed women in the world,” said Nick Di Donato, president and CEO, Liberty Entertainment Group. “Included in CNN’s top immersive experiences in the world, this first-of-its-kind exhibit of exclusive stories and photo opps will amaze visitors of all ages, transporting them back in time to that exact moment of history,” added Donato.

The untold story: how a princess changed the world

Princess Diana was one of the most photographed people of her time. The show is a breathtaking visual experience — as featured in People magazine, Access Hollywood and US weekly — that brings guests closer to the princess than ever before, pairing vivid stories recounted by the Husseins with larger than life images and murals. Bespoke art installations from renowned multimedia artist, Pauline Loctin have been developed exclusively for Accredited Access and are inspired by some of Diana’s most famous moments.

Upon entering the exhibition, guests are guided through an elaborate 60-minute journey featuring six different themed sections: The Photography Dark Room, Growing, Glam, Crowing Glory, Humanitarian, and Unguarded. Featuring photography, art and artifacts along with first-hand accounts as told through the lenses of Anwar, Samir, and Zak via the complementary audio guide, the collection celebrates the life of Princess Diana and her emotional path as she modernizes motherhood, revolutionizes fashion and shows the world how to be human – highlighted through the touching stories behind each photo taken by the Husseins. The family-friendly, immersive experience has received rave reviews and universally averages 4.9/5 stars across Google.

From kings of rock and roll to the Royal Family, Tanzania-born Anwar Hussein blazed a storied career with his photojournalist work beginning in his teens. He cut his teeth covering refugees fleeing civil uprising in the Belgian Congo (later Zaire) for the United Nations.

When Anwar and his camera arrived in England, his reputation for captivating naturalistic portraits of music legends that included Rod Stewart, Elton John, John Lennon and Yoko Ono, The Who, Bob Marley, The Bee Gees, and The Sex Pistols quickly established him as one of the most sought-after photographers of the 1960s. Hollywood called, and Anwar added to his portfolio photoshoots from films including The 24 Hours of Mans, Papillon, Tommy, the Bond movies, and stars such as Steve McQueen.

With his unique style, embracing a less restrictive style of reportage, Anwar was named Official Royal Photographer, capturing some of the Royal Family’s most celebrated images and historic moments. A new dynasty was born as Anwar’s two sons, Samir and Zak, carry on the family tradition by photographing this generation’s Royals and celebrities, entrancing the world with their eye for detail.

Casa Loma is one of Toronto’s top tourist attractions and hospitality venues. Each year over 650,000 visitors tour Casa Loma and the estate gardens. A perfect backdrop for special occasions, the venue also plays host to more than 350 private events annually and its unique architecture has also made it a highly desirable location for film, television, and photo shoots. In addition, Casa Loma plays hosts to annual productions including Legends of Horror and the successful summer series, Soul in the City, Symphony in the Gardens, Comedy at the Castle and currently, Candlelight Symphony. The venue is also home to the Casa Loma Escape Series which features five unique Escape Games, all themed around the history of the Castle. Completed in 1914, it took three hundred men nearly three years to complete the almost 200,000 square foot castle. Situated on five acres, it was once the largest private residence in Canada, with ninety-eight rooms designed by architect EJ Lennox, featuring secret passageways, elaborately decorated rooms with authentic period furnishings and breathtaking views of the Toronto skyline from its towers. Casa Loma is located at 1 Austin Terrace in Toronto, ON. M5R 1X8. Tel: 416-923-1171. Email: info@casaloma.ca. Casa Loma and its internationally recognized grounds are open and general admission tickets may be purchased at www.casaloma.ca.