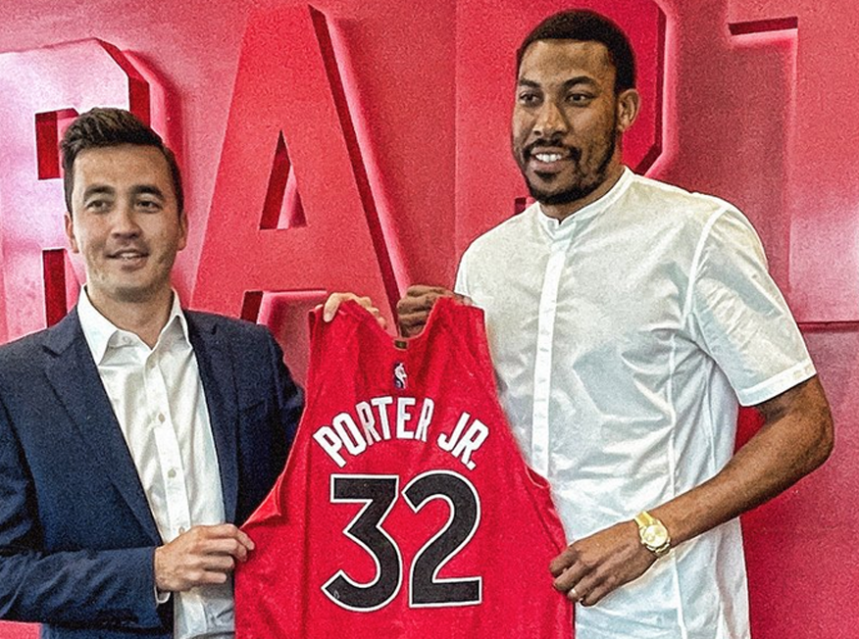 “I had some other offers, but this was definitely a place that I wanted to go to,” Porter Jr. said during the presser. “You know, my wife is from here, it’s just a lot easier for the family. It’s a great organization, great team, young team that has aspirations to get back to the top. And with winning the championship with Golden State, I feel like I can bring that experience here to help the younger guys out with doing that again. ” said Porter Jr.

“I know a lot about the city, I know about the people and the winters,” the new Raptors veteran forward told reporters.

When asked about their new addition Raptors GM Bobby Webster said: “As an organization that’s working toward our next title, we believe that Otto – who understands what it takes to be an NBA Champion – is a great addition to the Raptors. He has proven himself at the highest levels in our game.”

“He’s a versatile defender and high-level shooter who fits well with our team both on and off the court,” said Webster. “We really value his high basketball IQ, his connections to our city, and we’re looking forward to getting started, added the Raps GM”