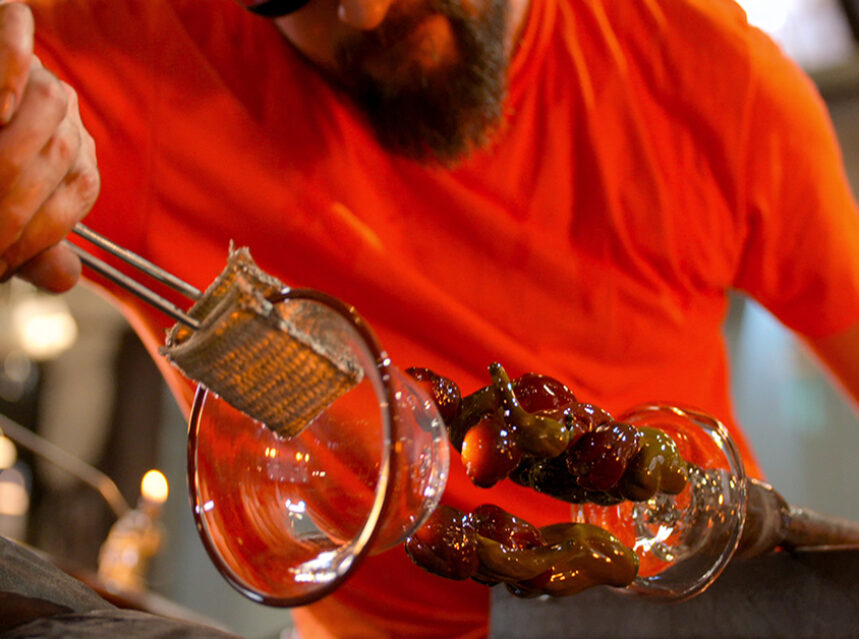 For more than 20 years, the reality competition genre of TV has been quite dominant on the airwaves. Viewers in the millions like to tune in every week to see their favourite competitors (whether they be everyday people or celebrities) battle it out to win the title, as well as a wow-type of extraordinary prize.

In order to get to that lofty height, contestants will do anything. It can range from surviving on a remote island or region for over a month and do a series of strenuous physical or mental challenges; or run a hectic, fast-paced race around the world; or run the gamut of emotions to get the girl or guy of their dreams.

It may sound mundane on the surface. Using a technique that dates back thousands of years, in which raw and coloured glass are used to create intricate works of art by sticking the material in a hot furnace (which is called a “glory hole”) at a temperature of about 2000 degrees Fahrenheit. Then you take the heated glass and twist it, turn it, bend it and shape it like taffy until you get that desired effect or look. The major pitfall being that one wrong move can shatter or break your glass work, and you have to start all over again (and experience all the frustration and anger that go with it).

That’s the main premise of the reality competition series “Blown Away”, in which its second season recently premiered on the popular Netflix streaming service. The 10-episode series, produced by the Canadian-based company marblemedia, pits 10 selected glass artists with varying years of experience in glass blowing, as they compete each week on a different creative challenge, and have a total of 4-5 hours to design, create and showcase their respective works of glass art. Their works are judged by host Nick Uhas, glassblowing expert Katherine Gray, and a different guest judge each episode. At the end of the season, the final contestant left standing will win a $60,000 prize package, which includes an internship at the prestigious Corning Museum of Glass in Corning, New York.

Since its debut two years ago, “Blown Away” has received a great deal of fans and acclaim from such media outlets as the New York Times, which picked the show as one of its favourite TV series of 2019.

But how did an unscripted reality show about the art of glass blowing get its genesis? According to Matt Hornburg, one of the show’s producers, it emerged from a brain storming session.

“We wanted to generate a show that was process and skill-based that was not a cooking show. It had to be visual and stunning,” said Hornburg during a recent phone interview. “The idea was actually suggested by one of our interns. Glass is all around us and has been for thousands of years. It’s something that we can all relate to, and even the technique of glass blowing has remained the same for all those years. We found it interesting that we could juxtapose fire with the fragility of glass.”

“As well, the people who create these works of glass are compelling characters, whose personal stories make them accessible to the viewers,” he added. “They are passionate people who have a story to tell us through this delicate art.”

And to add the icing on the cake, the show was fortunate to have Netflix become its broadcaster. “We’re very proud to be part of the Netflix family,” said Hornburg. “It was basically the right pitch at the right time. And we found the right home at this premium quality streaming service for Blown Away. It’s so much fun to have a show that is seen by so many people around the world.”

The nerve centre for Blown Away is the “hot shop”, where the contestants have their own “glory hole” station to work at, and have at their disposal all the necessary tools and equipment to allow them to properly do the job and complete each challenge in the allotted amount of time that’s given to them on each episode, and also includes a museum-type gallery to display their finished works, so that the three judges could inspect each work and render their decision on who did the best work for that challenge, and which contestant is to be eliminated.

“The hot shop is actually an old warehouse that we found in Hamilton. It took us a couple of months to rebuild it up, so that it could obtain its own character for the show,” said Hornburg.

He also stated that several changes have been introduced for season two. First off, the group of 10 contestants have been chosen not only from the U.S. and Canada, but also from England, Australia and Japan. Second, adjustments have been made to the hot shop, including the addition of an air conditioning system for the convenience and comfort of the competitors who have to spend long hours in an exceedingly hot workplace. Third, the run times of each episode have been expanded by several more minutes, in order to give more focus on the process and the finished product. And fourth, a wider range of guest judges have been included, such as designer Bobby Berk of “Queer Eye” fame, an NFL player who is yet to be named, Canadian fashion designer Sunny Fong, as well as two previous participants from season one of Blown Away: Alexander Rosenberg and champion Deborah Czeresko.

Hornburg is pleased with the success of Blown Away, and in turn, how it helped create a better appreciation for glass blowing. “Since the show’s debut, many viewers have wanted to try glass blowing for themselves, and there have been several corporate events that have involved it. The show put a magnifying glass to an art form that did not usually have some form of interest level,” he said. “As well, I think Blown Away has started a trend towards returning to a much simpler type of TV programming, where it can find a new, yet broader audience.”