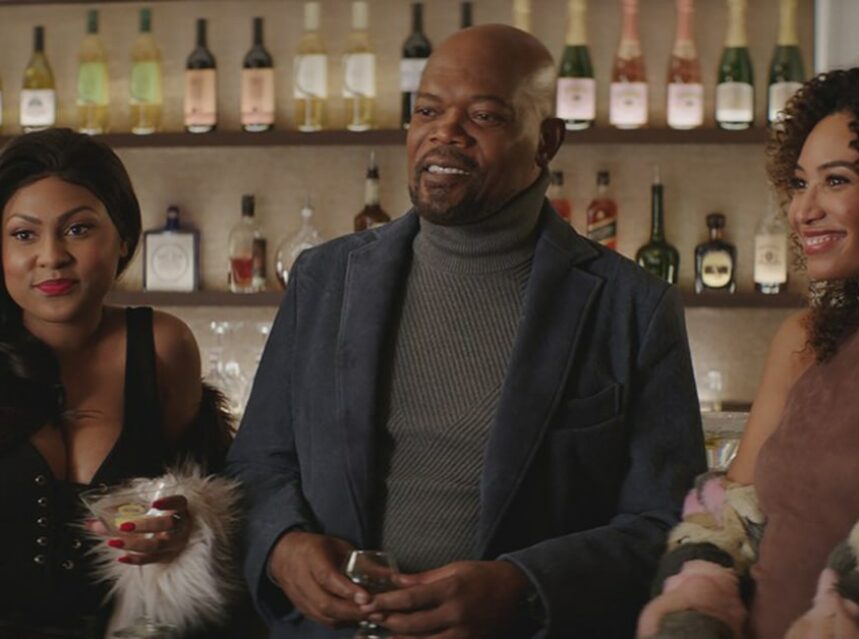 The movie starts with beautiful shots of New York followed by images that would help the viewer to familiarize with the saga of John Shaft since this is somehow a sequel to two previous instalments of the story, the first one made in 1971, and the second one in 2000. I have qualified the sequel character of this film, however, since its plot could be easily understood and followed without having seen the previous instalments.

Lots of time have passed since former NYPD detective John Shaft (Samuel L. Jackson) barely escaped an attempt on his life. At the time of the failed attempt, Shaft was in his car with his wife Maya (Regina Hall) and his little son, the incident was the last straw for the woman, and it led to their separation. Almost twenty years later, we find that same child innocently smiling in the back of the car while the shooting was on, now transformed into a promising cybersecurity analyst working for the FBI. John Shaft Jr. (Jessie T. Usher) likes his work at the FBI although he longs for an assignment that would place him closer to action, instead of just behind a desk searching for archival data.

After one night at a bar with Sasha (Alexandra Shipp) the girl he likes, but is afraid to ask to go out with him, and his friend Karim (Avan Jogia) a former soldier rehabilitated from drug use, Shaft Jr. would have the opportunity to be involved in an investigation. The next morning he learns that his best friend Karim has been found dead. The report indicates drug overdose, but he suspects foul play and tries his own investigation. Junior, however, doesn’t go too far: one thing is to handle computer data, another quite different is to be on terrain and in some of the most dangerous neighbourhoods in New York.

At this point, the son whose only memories from his absent father were some weird gifts he sent for his birthdays, decides to look for him and ask for his help in solving the complex case, a case in which Shaft father would also have a particular interest for a connection to an old event still fresh in his memory. Indeed, the complexities of the case would be surprising, and as the story keeps rolling, we find very intricate connections involving a mosque congregation, members of the mafia and some other criminal characters. In their final confrontation with the bad guys, they will even count on the assistance of John Shaft Sr. (Richard Roundtree), adding a mixed note of family togetherness and toughness.

The story is narrated in a tone that is at the same time dramatic –there is the underlying domestic crisis leading to Maya ending her relationship with Shaft father– and profoundly ironic, with comic cracks at the FBI, the sensationalist media, and even at the action genre itself. I recommend this movie to all those interested in action with a touch of romance and humour, presented with excellent cinematography (Larry Blandford), and with convincing acting.

Feature image: John Shaft (Samuel L. Jackson) is back to help solve a case that puzzles his son, and he has connections