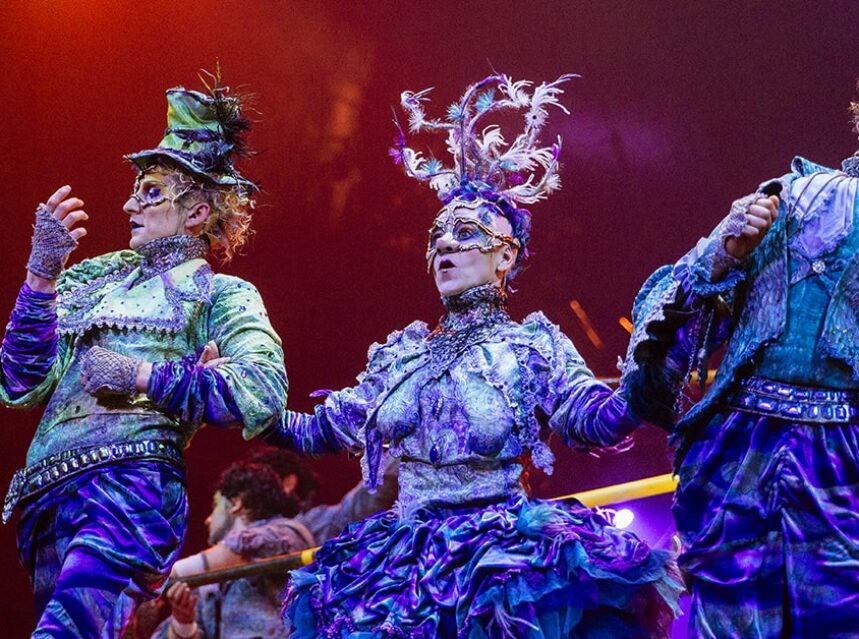 With over 160,000 tickets already sold for the Montreal leg of the tour, which runs until July 21,Cirque du Soleil is delighted to add one month of performances, from November 5 – December 1, to the upcoming Toronto engagement of Alegría, its most iconic production. The show, which is now being presented from September 12 – December 1 under the Big Top at Ontario Place, will have audiences fall in love with timeless Alegría, reinterpreted through today’s lens. Montreal is currently buzzing about the return of Cirque du Soleil’s signature production 25 years after its first opening:

With its signature songs, acrobatics and memorable characters that have helped define the Cirque du Soleil aesthetic, Alegría is the reincarnation of a classic, reinterpreted for the age, and rekindled to inspire fans—old and new alike.

The return of Alegría

A production destined to change the history of the company, Cirque du Soleil first presented Alegría in April 1994, launching an emblematic show that was to win over more than 14 million spectators in 255 cities in 19 years of touring through the end 2013. The show’s theme song, which was nominated for a Grammy Award in 1995 and continues to be a fan favourite, is the most listened-to Cirque du Soleil song on YouTube.

Cirque du Soleil is now revisiting its legendary Alegría through today’s lens—including new costumes and set design, a renewed acrobatic vocabulary, and new musical arrangements —to ensure it is as inspiring now as it was at the time of its creation in 1994. Fans will recognize in the revival Alegría’s emblematic elements, which were the building blocks for its reincarnation.

Tickets for the newly added additional Toronto performances of Alegría (November 5 – December 1 ) are available online exclusively to Cirque Club members until Friday, June 7 at cirqueclub.com. Cirque Club membership is free and benefits includes access to advance tickets, special offers and exclusive behind-the-scenes information. Starting June 7, tickets for all performances from September 12 – December 1 will be available to the general public at cirquedusoleil.com/alegria.Tickets start at $59.