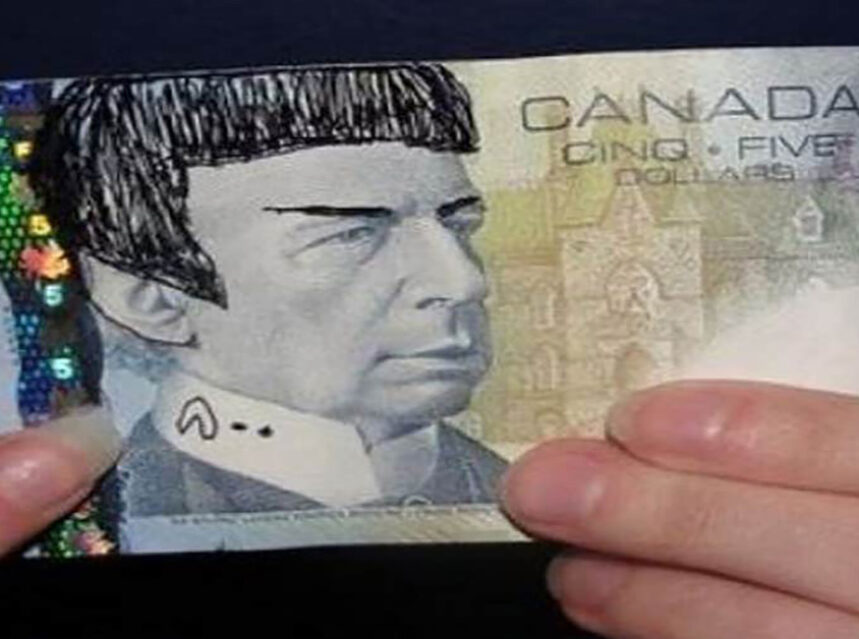 Spocking – The Bank of Canadian is urging Canadians to stop defacing the $5 Canadian bill by drawing Spock. The term is known as “Spocking”.

Canadian Star Trek fans have been showing their love towards Leonard Nimoysince his death by adding pointed ears and hair cut to the portage of Prime Minister Sir Wilfred Laurier on the face of the Canadian $5 note.

The Bank of Canada have released a statement that a “Spocked” bill is not illegal. However, they have also said that the bill may not be accepted by some merchants.