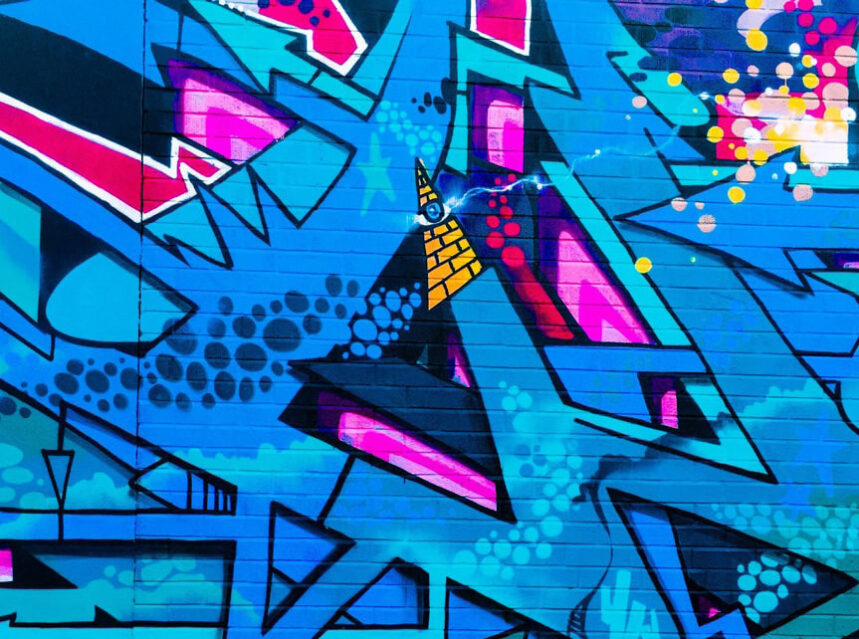 Explore the Food, Public Art and History of Queen Street West and East as part of Jane’s Walk Toronto

Now you can virtually sip, savour, explore, and enjoy blasts from the past through a series of guided Queen Street Tours. Best of all, Queen West BIA says you can experience it all virtually right here and then go check if out on the streets, when it’s safe to do so.

The Queen West BIA also adds that the tours are also an opportunity to uncover the hidden and not so hidden public art by a variety of Canadian artists. Discover the stories behind ‘Paint the City Black’ in Queen West’s world-famous Graffiti Alley and the iconic metal art atop the Queen Street Viaduct on Riverside’s Queen East, plus many more.

One of the walks explores the architecture and industry along Toronto’s Queen Street telling the stories from ‘then’ and ‘now’. Thanks to the collaboration of the Riverside Business Improvement Area (BIA, on Queen East) and the Queen Street West BIA during this walk you will also learn about iconic spots like Osgoode Hall and the Royal Canadian Bicycle Club, as well as hidden gems such as the 1930s Teck Theatre.

Officially launching on May 7th, the weekend of Jane’s Walk Toronto 2021, inspiration is drawn from urbanist and philanthropist Jane Jacobs. She was “…an urbanist and activist whose writings championed a fresh, community-based approach to city building.” – janeswalkfestivalto.com

The RIverside BIA says the Covid-19 pandemic has compelled many organizations, including BIAs, to be creative and innovative in order to continue to showcasing and supporting our local business communities, in a safe manner. Which is why the two BIAs have collaborated to safely showcase the character of Queen Street and avoid bringing the large gatherings normally occurring during Jane’s Walk.

Queen Street is one of the most vibrant and historic areas in Toronto – rich in culture, heritage, art, and hundreds of unique eateries, cafes, and shops. Now you can virtually sip, savour, explore, and enjoy blasts from the past through our self-guided Queen Street Tours. Best of all, you can experience it all online, and then go check if out on the streets, when it’s safe to do so.

Here are some of the highlights of Queen Street Virtual Tours:

Jane’s Walk was founded in Toronto in May 2007 as a living, walking commemoration of Jane Jacobs (1916-2006) and her legacy. Jane was an urbanist and activist who saw cities as ecosystems that had their own logic and dynamism which would change over time according to how they were used. At the core of her work and thinking was the need to get out and walk your city and observe how people, through their actions and interactions, create communities with a strong sense of belonging. Annually, tens of thousands of people all over the world take part in Jane’s Walk during the first weekend in May to coincide with her birthday.

About the Riverside BIA www.instagram.com/riverside_

The Riverside BIA, established in 1980, is one of Canada’s first BIA’s, located along Queen Street East between the Queen Street Viaduct to just past De Grassi Street. Rich in history, green spaces and public art, the BIA includes over 100 unique eateries, retails shops, boutiques and a range of professional services.

The Queen Street West BIA was established in 2009 and has boundaries from Bathurst St at the west, and Simcoe St to the east. It is home to many iconic landmarks, and is known nationally and internationally for its culture, art, music, fashion, and food.. The BIA represents over 300 commercial businesses.