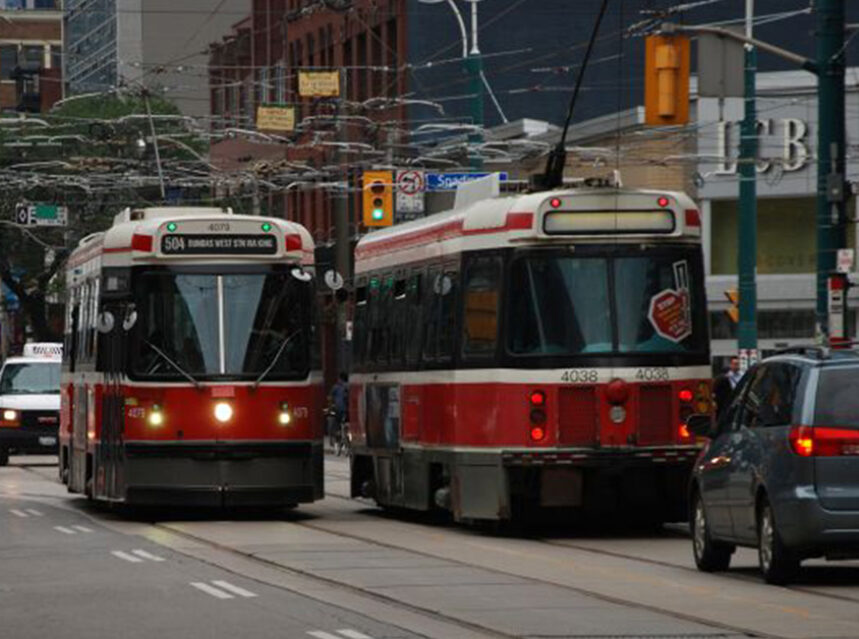 The King Street Transit Pilot, between Bathurst Street and Jarvis Street, has been officially launched last Sunday, November 12th. The objective is to improve transit reliability, speed, and capacity along a 6-km corridor on the busiest transit route in the city: King Street.

The one-year pilot project restricts car movement on King Street by forcing drivers to make a right turn at most major intersections, between Bathurst and Jarvis Streets. The goal is to give priority to streetcars and public transportation.

The weeklong grace is over for drivers

This week, police will deploy officers along King Street whom will be dedicated to ticketing drivers who don’t respect the new traffic rules. The provincial offence comes with a $110 fine and two demerit points.

Cars are still allowed on King

As the City of Toronto clarifies on their official website, cars are not banned on King Street. «While some through movements are restricted, it’s now easier for vehicles needing local access to get where they need to go on King Street. All local access to parking garages, condominiums, businesses, etc. is being maintained, and designated passenger loading zones and taxi stands are available at all times» as we can read on the official «King Street Pilot Project» announcement.

We suggest you take a look at the official «new» King Street map to learn more about the changes and, even more so, the new rules. For additional information please visit the official project website: toronto.ca/kingstreetpilot