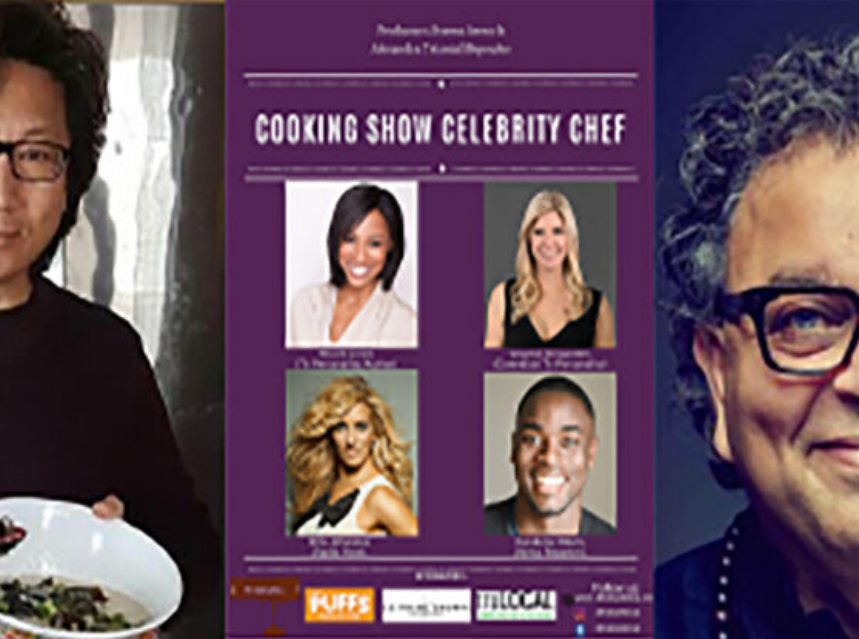 One thing that was obvious throughout the past 15 months of the COVID-19 pandemic; many people took up certain projects, hobbies and pasttimes to while away all those endless days and weeks of self-isolation, or to learn a new skill that you procrastinated to start for such a long time.

One of them was cooking. There have been many who have decided to get off the couch and make their way to the kitchen to discover the joys of cooking by experimenting with new recipes, reverting to tried and true recipes (i.e., sourdough bread), or finally make use of those kitchen appliances that were gathering dust if they weren’t a microwave oven (or eagerly break in their brand new air fryer).

Seema Arora and Alexandra Triantafillopoulos of Zensa Media International are taking the joy of cooking and eating good food with a new not-for-profit project that is serving as a morale booster for the public who are coping with the pandemic. It’s a cooking show challenge featuring a number of well-known celebrity chefs, who will put on their oven mitts and pick up their spatulas, for 10 cooking segments that are airing every Friday on a special VIP Facebook watch party that runs from now until mid-June. Besides social media, these cooking segments will also air on the Emmy Award-winning Dragon Digital cable network, which can be seen in the Baltimore and Washington, D.C. areas.

Some of the celebrity chefs who will be serving up their culinary magic throughout the challenge include Chef Romeo of Shodan Restaurant (and has also cooked for P.K. Subban, Carey Price and Britney Spears); Vikram Vij, restaurant owner and former Dragon’s Den panelist; the team of Rebecca and Mandy from the popular chain of the Montreal-based Mandy’s gourmet salad restaurants; Paula Zavala, a Mexican chef based in Toronto who hosts her own cooking show; the duo of Marida and Narida, who were contestants on Masterchef Canada; and Arnaud Marchand, who is the chef for, and owner of, the Chez Boulay restaurant in Montreal.

The culinary creations that are being whipped up exclusively for the celebrity chef cooking show challenge will be carefully scrutinized and evaluated by a quartet of celebrity judges. Making up this panel are TV personality and author Nicole Jones; comedian, Montreal Canadiens podcast host and TV personality Chantal Desjardins; Orla Johannes from CJAD; and CBC news reporter Kwabena Oduro. Their final decisions will be announced during the awards show broadcast, which will air over Zoom sometime in mid-June.