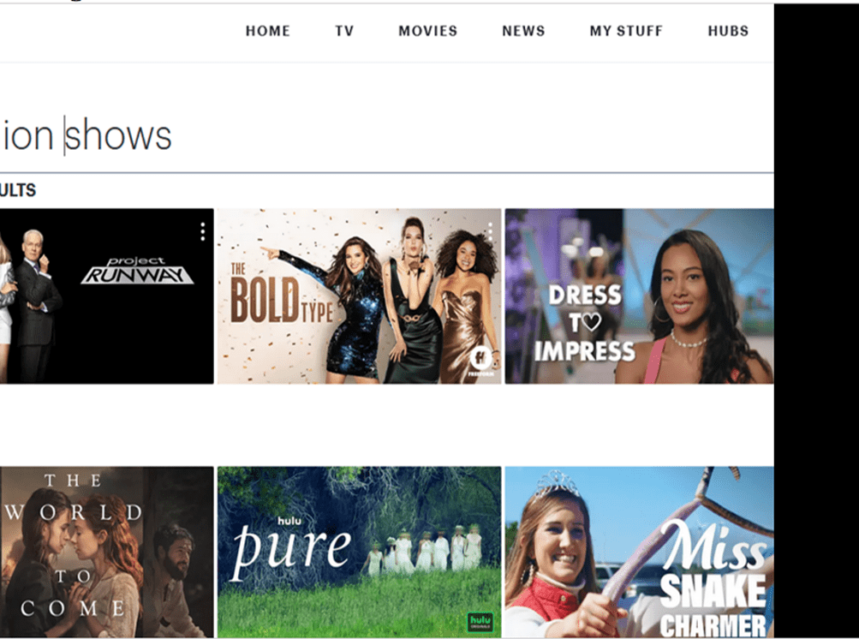 Hulu is an American subscription-based video streaming service owned mostly by The Walt Disney Company, with a minority share held by NBCUniversal. It debuted on October 29, 2007 and offers a wide range of video library for viewing excellent films and oscar-winning television programs.

You will find each kind of titles in its deep library like fashion, culture, lifestyle, comedies, action, romance, thriller, and much more to explore in it, from networks like ABC, NBC, and FX and Hulu exclusives. All you need is a reliable trick to access the Hulu content anywhere, without moving to the United States.

Hulu has several titles related to fashion, lifestyle, and businesses. You’ll almost certainly be adopting advanced trends and methodologies after watching the Hulu fashion videos. I am sure you’ll be curious about, “how to watch Hulu in Canada.”

No matter where do you reside, because you can stream Hulu outside the USA. All you need is a VPN connection and connect one of its server locations to the “United States.” After that, you will be glad to see that Hulu is accessible in your current location to enjoy its complete library from any part of the world.

Fashion has been making its way off the runways and onto TV and movies for the better part of more than 20 years. It is also one of the best sources to get fashion exposure and learn about the cultural and style diversity.

All fashion fans know well that the green streaming service contributes outstanding content to the fashion industry’s success, and binge-watching such content is a quick and easy method to learn about the industry’s history. Further, it is also entertaining.

Most of us face difficulty choosing the best titles to match the streaming needs. If you are looking for the best fashion content, then catch the following fashion TV shows/movies on the green streaming platform for an unforgettable experience.

McQueen is a fascinating fashion documentary that was released in 2018. It was created and co-directed by Ian Bonhôte and Peter Ettedgui. The plot is about the life of British fashion designer, and couturier Alexander McQueen is explored.

The film follows McQueen’s start in fashion, his rise to power, and his tragic suicide, as told by family, friends, fashion colleagues, and even McQueen himself. It is one of the most trending fashion documentary, available on the Hulu platform.

James Crump directs the content. It showcases the creative genius of fashion artist Antonio Lopez, whose work has featured in publications such as “Vogue,” “Elle,” and “Harper’s Bazaar,” to mention a few.

Lopez was born in Puerto Rico and grew up in New York City, where he attended the prestigious Fashion Institute of Technology. Lopez got his start in the fashion world with an internship at “Women’s Wear Daily,” which he turned into a successful career that took him to Paris.

Project Runway is a legendary fashion show that can be binge-watched on Hulu. If you haven’t seen it yet, Project Runway has been on the air for more than 17 seasons, so there’s plenty of style inspiration to be had.

The series of Absolutely Fashion has become a cult sensation in countries like the Australia, United Kingdom, Canada, and worldwide because to numerous in-jokes and copious doses of nasty humour with recent trends.

The trendy event combines fashion, fantasy, and entertainment, including red carpet interviews, model profiles, behind-the-scenes looks at the show’s production, and musical performances. It is one of the must-see show on the Hulu service.

Hulu’s huge library of videos is bringing streaming bliss to binge-watchers all over the world. Individuals who want to match their streaming interests, like fashion content on Hulu streaming, should narrow down their searches to get most of the green streaming platform.