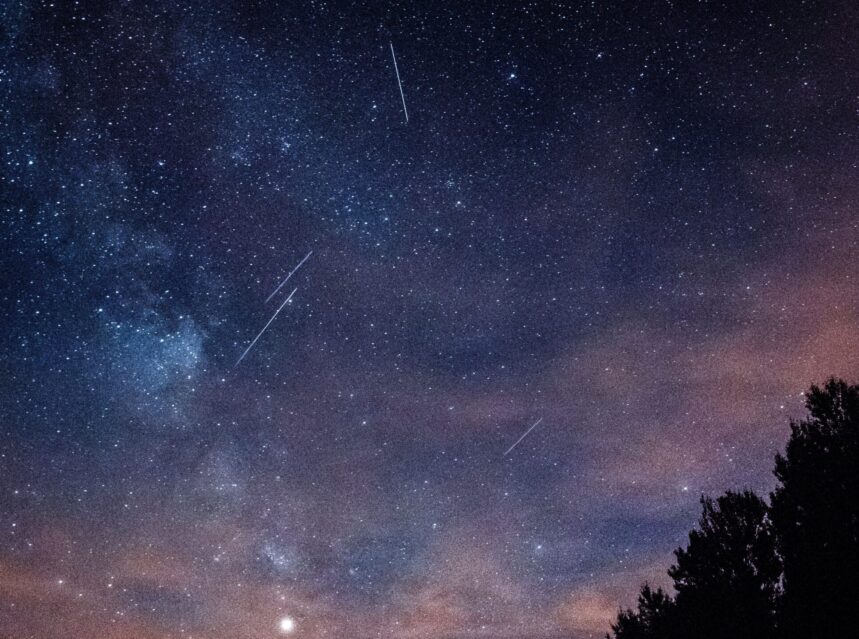 Expected to be the biggest and best meteor shower of the year, Geminids meteor shower reaches its peak on the night of Monday, December 13, and continues into Tuesday, December 14. In the Toronto area, stargazers will get the best shows from 3 am until dawn on Monday and Tuesday but will need to seek out dark sky locales for best viewing.

Unfortunately when the Geminids are peaking at 2 am the moon will also be bright and visible until about 3 am, which means the shooting stars will be less bright until the moon sets, presenting a dark sky for optimal viewing.

The meteors are called ‘The Geminids’ because “they radiate from a point in the constellation Gemini,” NASA says.

Of course in the heart of the city, light pollution will also reduce visibility, so it is advised to find the darkest areas around the lake or even better, bundle up and venture north to dark sky areas like Torrance Barrens Conservation Area and Dark Sky Reserve in Muskoka.

The parent of the Geminids is 3200 Phaethon, which NASA says is either an asteroid or an extinct comet. “When the Earth passes through trails of dust, or meteoroids, left by 3200 Phaethon, that dust burns up in Earth’s atmosphere, creating the Geminid meteor shower,” according to NASA.

In terms of the stars that will be most visible during the Geminids meteor shower, EarthSky says “The Geminids’ radiant point nearly coincides with the bright star Castor in Gemini.” And Castor is “noticeably near another bright star, the golden star Pollux of Gemini.

It’s important to note with this meteor shower that shooting stars will be visible in all areas of the night sky, so you may be looking in one direction while your friends are oo-ing and ahh-ing about an incredible shooting star you missed right behind you.

Aside from finding optimal dark sky areas to observe, one of the best tips from EarthSky is to “be sure to give yourself at least an hour (or more) of observing time. It takes about 20 minutes for your eyes to adapt to the dark.”

Best of luck with your stargazing on Monday and Tuesday, but keep in mind, the middle of the night after 3 am is when the moonlight leaves the sky providing the optimal time for watching the Geminids meteor show.