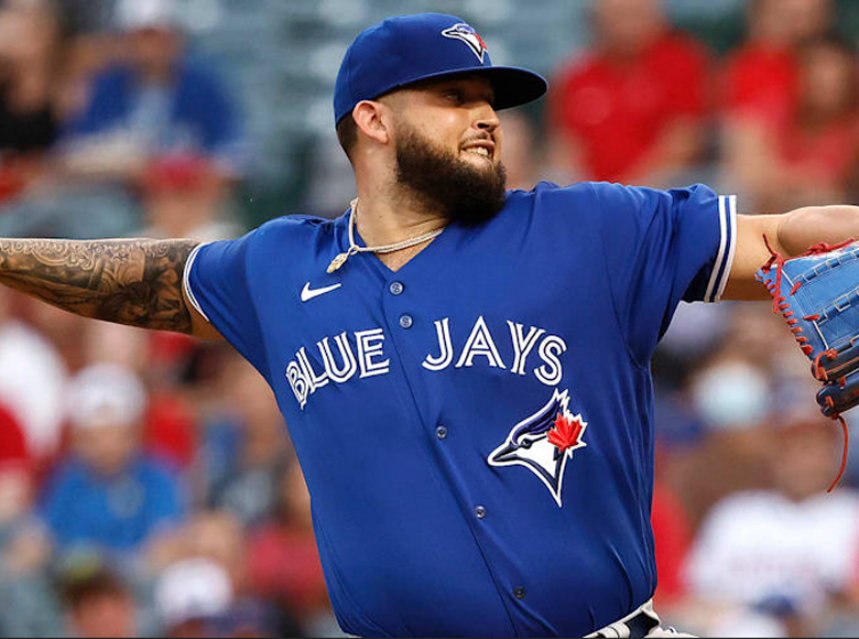 TORONTO, ON, September 15, 2021 – The Toronto Blue Jays are upsetting plans in the MLB with a late push for the playoffs that has taken everyone, including possibly themselves, by surprise.

The team left just about everyone confused as to what management could possibly have been thinking when they opted to hit the market at the trade deadline. They were well out of contention for the playoffs, after all. And fans could have been forgiven for wondering what they could hope to achieve.

With a month gone by now, the league has been put on notice as history is being written amid their remarkable run. The Blue Jays had won 11 of their last 13 games, which included a four-game sweep at the expense of the New York Yankees.

Toronto owned the Yankees in that series to move half a game behind them in the wildcard playoff race. The series also saw the Yankees get pegged back for the first time in nearly a hundred years in that they never held a lead at any point.

The Jays followed this up by taking 2 of 3 against the Orioles including a 22-4 rout, before moving on to defeat the league leading Tampa Bay Rays 8-1.

The run has been quite amazing to see, especially for Blue Jays fans, who are absolutely loving the displays they’ve been watching from their team over what has been an immensely successful span.

Those who have been paying attention would notice a novel arrival: their own home run jacket, handed to any player who hits a home run. The player puts on the jacket and walks back to the dugout thereafter.

The jacket is turning out to be the bearer of good luck and it appears players are quite keen on getting to wear it as the Blue Jays’ production has gone up since it was introduced. They’ve posted a 27-15 record since then, outshining the top teams in the MLB.

Everyone on the team has knuckled down and given it their all but, of course, there have been a few standouts. Vladimir Guerrero Jr. and Robbie Ray have been performing at quite a high level and are now among the most impressive players in the league.

Guerrero Jr. is on a historic run and has seen his name thrust into the MVP conversation. The 22-year-old has hit over 40 home runs while leading the American League in batting average, base percentage, hits and runs.

Ray, on the other hand, might just earn himself the Cy Young Award that’s handed to the league’s best pitcher every season. He boasts the second-lowest ERA in the AL and is also second in strikeouts.

The Blue Jays are making a big push for the playoffs with just a month left to go in the regular season, having embarked on an eight-game winning streak. They have certainly enhanced their prospects in the MLB futures and the bookies have them back in the middle of the pack where the World Series is concerned.

Toronto is currently +3300 for the World Series after seeing odds drop to +5000 on the back of an uninspired 4-10 run in August. They have regained footing with this latest surge and had hoped to come out unscathed, having gone into a four-game series with the Baltimore Orioles. Sadly, the streak was broken on Friday night on the back of a 6-3 loss.

Of course, bookmakers aren’t going to shorten odds to the point where they’re rubbing shoulders with the top teams in the league, at least not just yet. They’re still off the pace, in spite of the run, with the Los Angeles Dodgers still the leading favourites at +300. The Tampa Bay Rays are right behind at +400 while the Houston Astros and Milwaukee Brewers are +550, with the Chicago White Sox at +600. The San Francisco Giants have been attached to odds of +700.

The Dodgers have been struggling to keep up with the Giants in the race for the No.1 spot in the National League West but are still considered to be the favourites for the crown. They headed into the weekend on a 3-4 run that has San Francisco ahead by 2.5 games in the NL West standings but they do have a favourable schedule as they are to play the Colorado Rockies and Arizona Diamondbacks in nine of their last 22 games.

The Rays, meanwhile, have been having no such problems in their own division and are in full control of the AL East. They’ve gone into the weekend with a nine-game lead over the Boston Red Sox and will have 10 games vs. the Detroit Tigers and Miami Marlins leading up to the end of their regular-season campaign. Tampa Bay will hope to improve on their playoff performances, however, as they’ve not fared very well in the postseason as of late. They walked away empty-handed after going to the second World Series in their history last term. They’ve made it past the ALDS only twice in six appearances in the playoffs.

lead photo @Alek_Manoah6 is the youngest P in #BlueJays HISTORY to throw 8 scoreless innings with 10+ strikeouts!