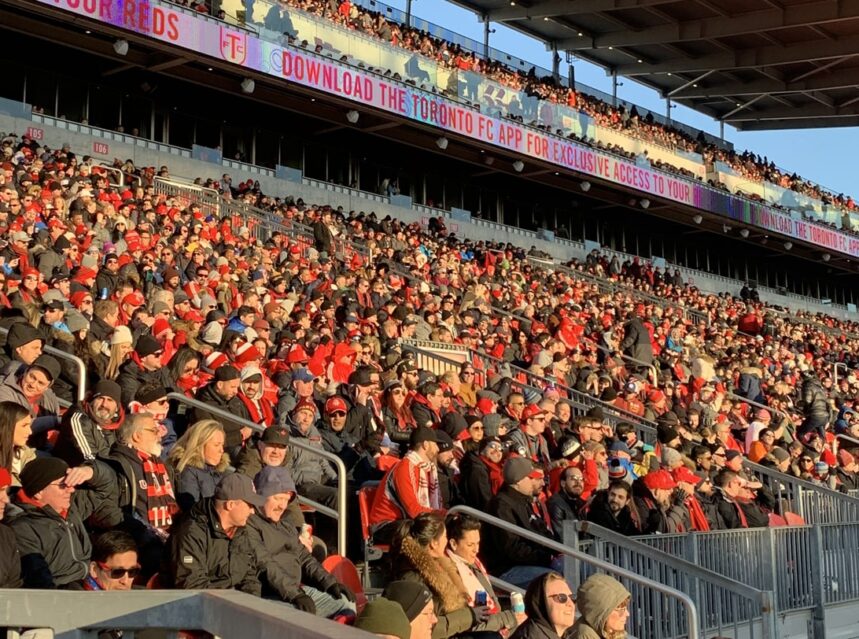 Toronto FC is a team in dire straits this season, having gone winless in seven games following their 3-1 loss to CF Montreal on Friday. Fans are reasonably concerned over the team’s fortunes – or lack thereof – and must be wondering where things will go from there.

On the back of a week highlighting two losses against teams out of the playoffs, things appear to be all but over for the side. Toronto certainly seems a team to bet against at the moment and bettors looking to do so could check out Heritage Sports.

Analyst Michael Singh has had quite a lot to say about the team as of late and has made claims of the dressing room being divided, with players blaming each other for the poor run of results.

“So there’s clearly a separation in the dressing room where some players are now pointing fingers at each other and I think we’re seeing that on the pitch as well,” he said.

“A few episodes back, Mitch said something that was bang on: you can make a really good roster but that doesn’t necessarily make you a good team. I think that’s the perfect way to sum up what this Toronto FC team is, and not to pick on him, but I’ll use Kemar Lawrence as an example.

“Kemar Lawrence was brought into this team in April or May while Chris Armas was still around. We knew the identity that Chris Armas wanted to instill in this TFC team. They wanted to be more vertical, to play off the counter-press, to inject energy and make the games hard to play.

“Kemar Lawrence isn’t a guy who can play in tight areas. He’s not good at keeping possession. And now that Javier Perez is in, that’s who they’re stuck with at left-back – someone who likes to play vertically. Lawrence is a very good player – he made the 2018 MLS Best XI. But he looks like a player that’s completely disconnected from the rest of the squad. And if you go through TFC’s 11 that’s really what the narrative is right now.”

Singh also pointed to the injuries in the team at the moment.

“Everyone is quick to point out that we can’t score but there’s also a burden of injuries up front that people like Pozuelo, Soteldo, and even Osorio at times are working with,” he continued. They’re trying to play off Patrick Mullins – who doesn’t have an MLS goal this season. If your option is either laying the ball off to Patrick Mullins or trying to do everything yourself, at this point you’re going to try and do everything yourself because you’re just frustrated. I think Pozuelo, more times than not, is looking for Soteldo because there’s a lack of connection overall in this TFC roster. It seems like there’s a real lack of camaraderie in general.

“So where do they go from here? It’s what Jeff has been screaming – now let’s see just what we have moving forward.”

As for Friday’s game against Montreal, the 28th regular-season Canadian Classique saw Toronto go down a man while Samuel Piette’s second career goal for the opposition helped down them.

The loss leaves Toronto staring at a pair of defeats against Montreal in as many games this season. The unbeaten Montreal earned three valuable points which have greatly aided their push to be in the playoffs while Toronto watched on helplessly as they were made to end another game without a win.

Things got awry pretty early as Noble Okello was shown red with 85 minutes of regulation left to play, and Montreal would capitalize on the man advantage midway through the first half as Djorde’s Mihailovic’s 23rd-minute free-kick forced a save from goalkeeper Quentin Westberg, who spilled it into Piette’s path for the midfielder to score his first goal of the season and put Montreal up 1-0.

Toronto drew level in the second half, albeit playing with a man less, as Yeferson Soteldo maintained possession versus two defenders to cut back for Ifunanyachi Achara to tap home.

Toronto fell behind again 10 minutes later as Zachary Brault-Guillard’s low cross found the feet of Joaquin Torres, who did not disappoint in front of goal, finishing expertly to hand Montreal back the lead.

Montreal got their two-goal cushion seven minutes later; Romell Quioto found himself on the end of an exquisite through ball from Marko Mihailovic which he would put past the goalie after opening his body up.

Toronto will return to action against FC Cincinnati on September 11 and will hope to get back to winning ways then.