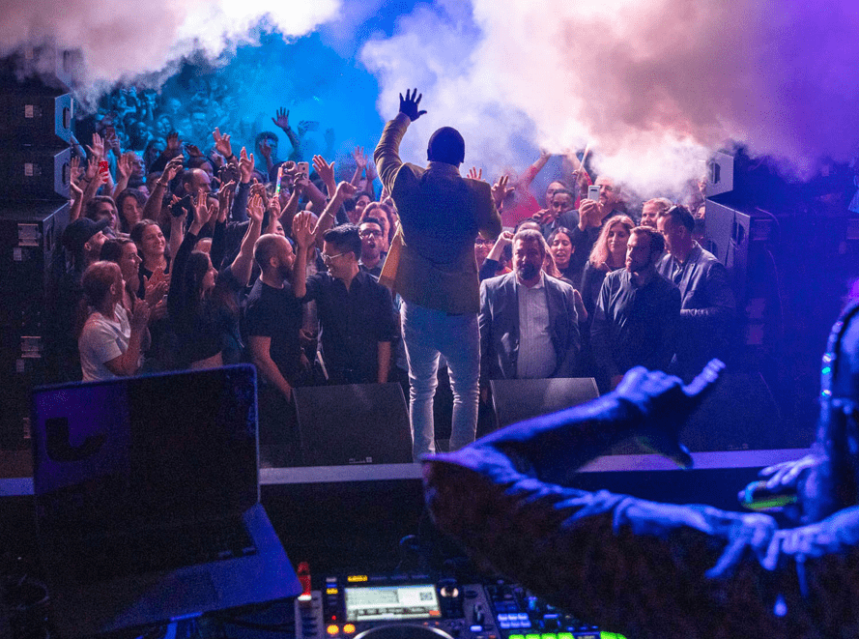 Taking place between Yonge St. and Church St. Elevate Festival’s free, multi-night Block Party is anticipating 15,000 attendees. Starting at 4 p.m. ET during the Festival evenings, Front St. will transform into the Block Party where attendees can access classic festival fare from food trucks and a beer garden to art displays and artisan shops.

“Building on the success of the event in 2019, we’ve imagined new possibilities for the Elevate Festival, and the Block Party is a big component of that,” says Co-Founder and CEO of Elevate, Lisa Zarzeczny. “The Festival and Block Party embody the intersection of technology and the arts, truly offering something for everyone. The daytime events will inspire networking and forward-thinking discussions; meanwhile, the evenings are an opportunity for passholders, families, friends, and colleagues from across the city and beyond to come together to enjoy the first glimpses of fall.”

Taking place from 5 – 8 p.m. ET on opening day and 10 a.m. – 4 p.m. ET the remainder of the Festival, passholders will join panels, Q&As, and fireside chats that touch on topics spanning the following 10 content themes: Think 2030, AI (Artificial Intelligence), Planet Preserve, Metaverse & Me, Scale Up, Game On, Secure & Protect, Workshift, Radical Retail, and Fintech. Stage content will tackle today’s most pressing issues, inspiring conversations that will shape the future of tech, arts, and social innovation. The detailed schedule for Elevate Festival 2022 can be found here.

“If these last few years have taught us anything, it’s that we are collectively bigger than the problems we face, even those that force the whole world to pause,” says Astronaut and Elevate Co-Chair, Chris Hadfield. “By imagining the impossible, we can better ourselves, including the Earth we live on. Whether it’s solving climate change or unveiling the next digital world, fearless innovation is the solution and path forward. Elevate Festival is a part of that path, celebrating advancements, but ultimately envisioning what’s still to come.”