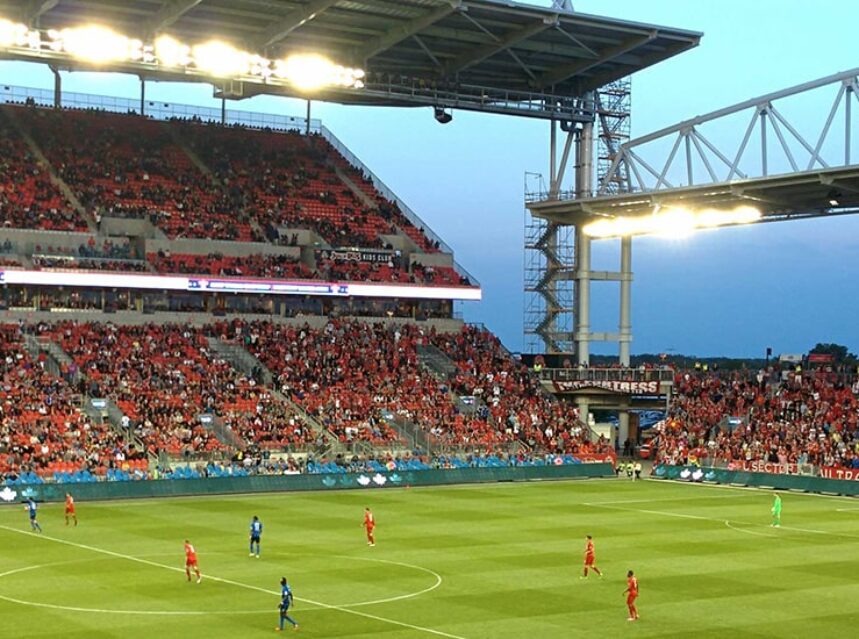 With recently announced public health protocols and updated Major League Soccer regulations, Toronto FC has announced they will return to play at BMO Field on Saturday, July 17 when they host Orlando City SC. The club will also welcome 7,000 fans that night for the first match this season at BMO Field, made up of frontline healthcare workers, first responders and season seat members.

“The importance of this return home for our team can’t be overstated,” said Bill Manning, President of Toronto FC. “It has been a long, hard time on the road due to pandemic protocols and we have greatly missed the energy and support of our fans at BMO Field. Our return to Canada gave the team an incredible boost this week and we look forward to an emotional night at BMO Field with our fans on Saturday.”

Toronto FC will host 7,000 fans for the first match on Saturday and increase capacity on Wednesday, July 21 to the 15,000 fans now permitted with the province’s move to Step 3 of its reopening plan.

“We know that our return home is the result of the hard work of many government and public health officials, as well as the efforts by everyone to follow health and safety protocols and protect our community and we are grateful to everyone for their support,” said Manning.

As the club hosts and pays tribute to frontline healthcare workers, first responders and season seat members on Saturday, a number of Toronto FC partners will be providing gifts to all fans to mark the occasion including BMO providing Toronto FC scarves to fans. Pizza Pizza will also provide a free slice of pizza to all fans, Maple Leaf Foods and Weston Foods will provide hot dogs and buns, with Mars/Wrigley providing snacks and Coca-Cola providing soft drinks and water.

As BMO Field’s Official Disinfection partner, SC Johnson will supply the venue with disinfectant and cleaning products to be used throughout the stadium. They will also donate individual hand sanitizers to all fans.

TFC returned to Canada on July 8, after starting the season at Exploria Stadium in Orlando, where the team played four home matches.

Toronto FC and MLS remain in communication with the Canadian government regarding plans for MLS Canadian teams to host their remaining home matches after July 21 in Canada.

As part of venue health and safety protocols to minimize contact points and reduce lines, all tickets for Toronto FC games will continue to be exclusively mobile and BMO Field will operate as a ‘cashless’ venue.

All of Toronto FC’s regular-season MLS matches will be televised across Canada on TSN.