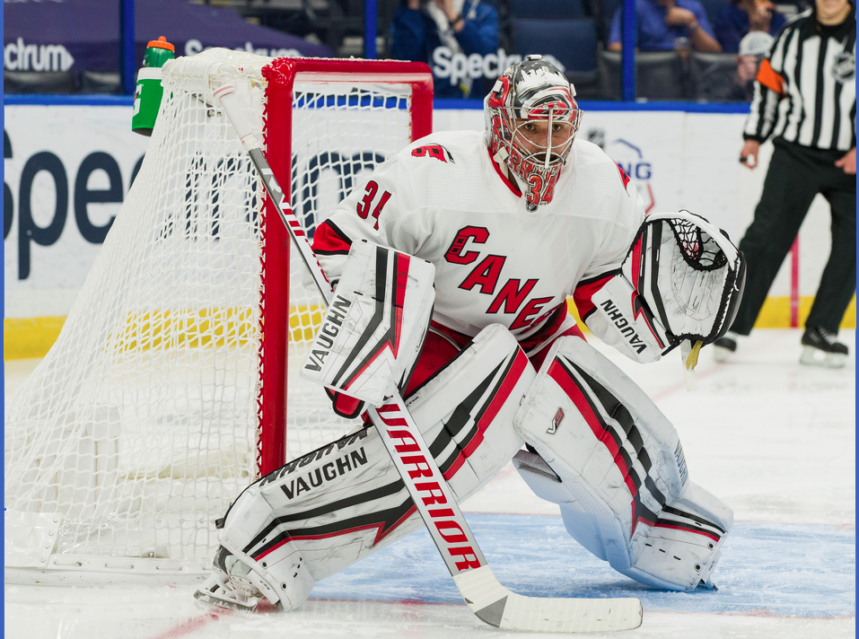 It’s the first day of free agency in the NHL and that means it’s ‘Free Agent Frenzy Day.’ The day most NHL teams try to add some much needed tools to bolster their lineups. To start things off in Leafs land, the Toronto Maple Leafs added the goaltending depth they were looking for, announcing today that the hockey club has signed former Carolina Hurricanes goaltender Petr Mrázek to a three-year contract. The contract carries an annual average value of $3.8 million.

Internationally, Mrázek has represented the Czech Republic at several tournaments, earning a bronze medal at the 2012 IIHF World Championship.

Mrázek was originally selected by Detroit in the fifth round (141st overall) of the 2010 NHL Draft.

The Maple Leafs also announced today that they have signed Chicago Blackhawks forward David Kämpf to a two-year $1.5 million annual averaged contract, and Sharks forward Kurtis Gabriel to a one-year contract worth $750,000.

The blue and white also acquired the rights to defencemen Brennan Menell from the Minnesota Wild in exchange for a conditional seventh round selection in the 2022 NHL Draft. The selection will be transferred to Minnesota in the event Menell plays in 30 games for the Maple Leafs in 2021-22.

The Newmarket, Ontario native was originally selected by Minnesota in the third round (81st overall) of the 2013 NHL Draft.

The Maple Leafs surely are not yet finished on this ‘free agent frenzy day’ as more announcements are expected to continue throughout the afternoon, evening and into the coming days. But the biggest signings usually happen on the first day as NHL teams clamour over each other to address their dire lineup needs.

by Terence Lankstead with SOURCE notes and photos by Toronto Maple Leafs/nhl.com

Leafs free agent signings 2021, who have the leafs signed this summer