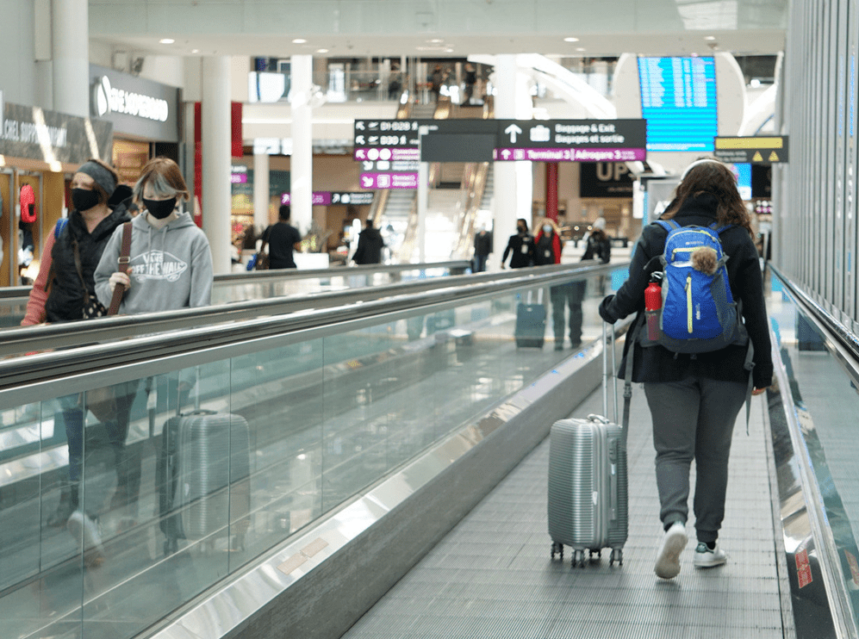 TORONTO, ON, Dec. 14, 2022 – Travelling can be stressful anytime of year but as Canada’s busiest airport, Toronto Pearson is preparing for the upcoming busy holiday travel period while sharing tips and information for passengers.

It goes without saying that the holiday season is traditionally one of the busiest times of year at Pearson and this year is expected to be particularly busy, as passenger traffic has steadily increased since the summer.

To help make the experience easier, Pearson and its airport partners have introduced a number of tools aimed at making flying easier.

“The air travel industry is fully open and much improved since the summer when travel restarted and our modernization agenda with partners across the industry has led to new tools for passengers to prepare for holiday travel,” says Deborah Flint, President and CEO of the GTAA.  “For the first large scale Christmas holiday travel season since 2019, we are excited to welcome passengers and thank the employees at the airlines, government agencies, and other partners for their dedication to passengers during this season.”

Before heading to the airport, passengers can brush up on what’s allowed to take in carry-on by checking out travel tips from CATSA. In particular, at this time of year, it’s important to leave holiday gifts unwrapped when going through security, as all packages will be subject to inspection.

The week leading up to Christmas is expected to be the busiest time, as well as the days around January 9, when kids return to school. While the airport will be busy, passenger levels are expected to still be below pre-pandemic numbers.

To get passengers in the festive mood, Pearson has been decorated with holiday cheer and there are several activities happening in the terminals, including a family movie lounge, carolers, special YYZ Live music programming and more. Learn more about holiday activities in the terminal.

About the Greater Toronto Airports

The Greater Toronto Airports Authority is the operator of Toronto – Lester B. Pearson International Airport, Canada’s largest airport and a vital connector of people, businesses and goods. Toronto Pearson has been named “Best Large Airport in North America serving more than 40 million passengers” for five years in a row by Airports Council International (ACI), the global trade representative of the world’s airports. In recognition of its Healthy Airport program, ACI has also awarded Toronto Pearson the “Best hygiene measures in North America” award for three years running, and Toronto Pearson was the first Canadian airport to receive ACI’s global health accreditation for its response to COVID-19.