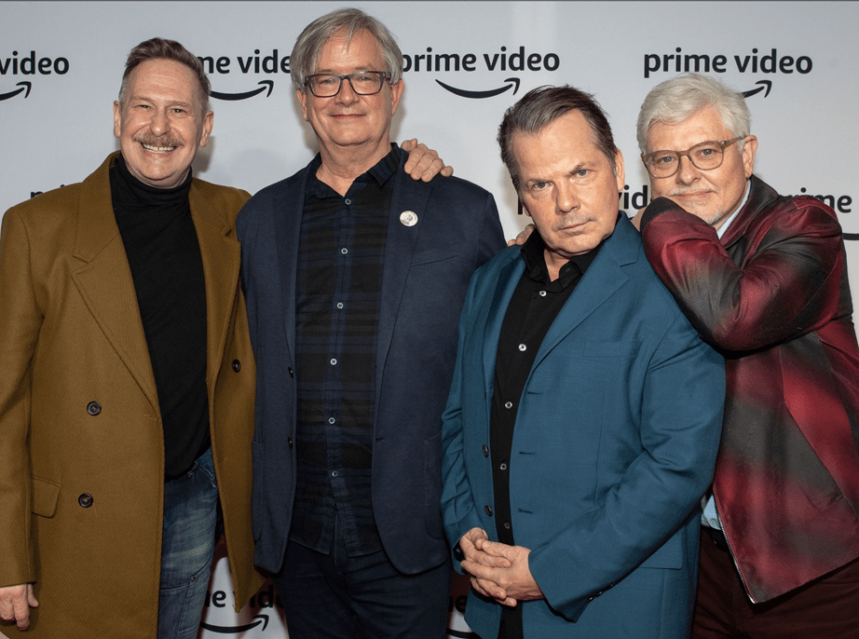 TORONTO, April 14, 2022 – Yes you heard that right! Toronto’s legendary sketch comedy crew have reunited and you can catch it all on Prime Video this spring. Returning where it all began at the Rivoli in Toronto, Prime Video rolled out the red carpet to celebrate the May 13 premiere of their upcoming revival of The Kids in the Hall.

PLUS, other notable Canadians attended including members of The Tragically Hip along with Gord Downie’s brother, Mike Downie and select cast from upcoming Prime Video series The Lake, Sugar, and more.

The iconic Canadian comedy troupe — Dave Foley, Bruce McCulloch, Kevin McDonald, Mark McKinney, and Scott Thompson—is back with a new season of their ground-breaking sketch series, featuring a fresh batch of fun, off-beat characters and beloved favourites, with sketches that pack a satirical punch, laced with the hilarious, edgy, and fearless comedy The Kids are famous for.

The Kids in the Hall is produced by Lorne Michaels’ Broadway Video and Canadian production company Project 10.

The Kids in the Hall is created, written and executive produced by Foley, McCulloch, McDonald, McKinney, and Thompson. The Canadian Amazon Original series The Kids in the Hall will be available exclusively on Prime Video on May 13 in 240 countries and territories worldwide.