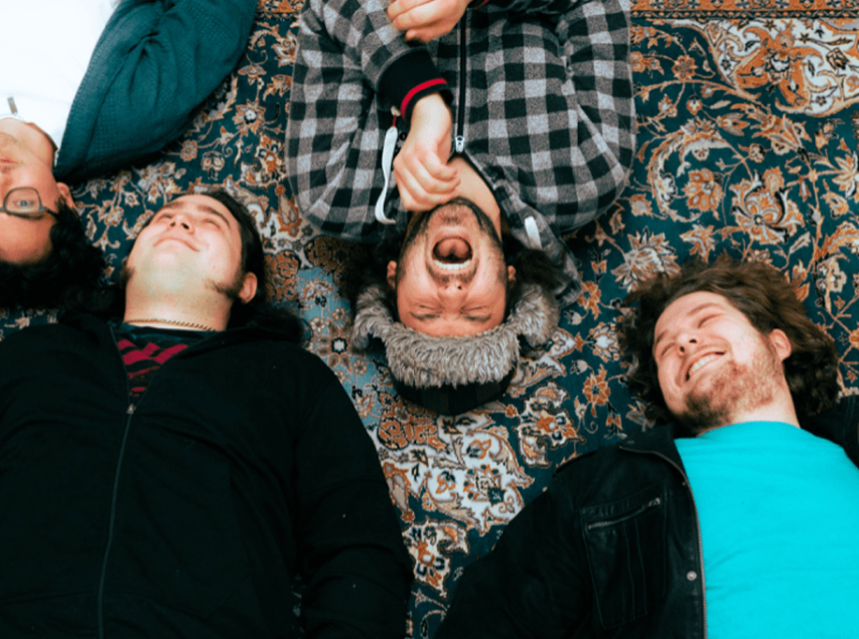 The new single from Numb Tongues cements a scathing review of reality, illuminating much of the nihilistic aspects common within contemporary Western society. Over a groovy tune and high-pitched vocals that centre around the chaos many have felt for years, Numb Tongues lays down a raw look at modernity.

Lead vocalist Jonah Grinberg outlines what has him so dismayed, then asks the prominent question at the forefront of every doomers’ mind:

But Halloween was a couple months back

So why’s everyone trying to act like they’re not scared?”

The inspiration behind “Whaddaya Say” first came to Grinberg in 2017. The singer went through a depression after finishing college, feeling a sense of aimlessness and disposition within the world. He developed a nihilistic take on life and realized that the world would forever remain in a constant state of chaos, and there was nothing he or anyone he knew could do much about.

Like any good musical creation born from emotional holes, “Whaddaya Say” was originally concocted in a basement – Grinberg’s basement, to be precise – where Numb Tongues used to practice. Now five years and a pandemic later, the track is finally complete, fit with a video that accompanies the tone of the song.

Jonah explains how DominiqueXavier came into the Numb Tounges’ world. “In 2018, Corey [Ryan, drums] had become friendly with the members of Ghost-Note. Their keyboardist, DominiqueXavier, had already played with Prince and had just joined Toto. Corey asked if he would be willing to play keys on a song of ours and he said yes.”

The nearly five-minute video was filmed over two days at the Propaganda Art House in Mississauga and a church in Georgetown with the band’s goal to display a satirical look at religion and how people will blindly follow doctrine, doing as they’re told rather than thinking for themselves. It features Grinberg and his bandmates consistently interacting with an altar aof fruit, which ties into a crucial line in the track’s chorus:

And we’re all cannibals in a zoo

This world will smack ya when you’re already dead

‘Cause that’s all you are, battered and scarred, low hanging fruit”

The theme of human existence as nothing more than low-hanging fruit is central to the epiphany Grinberg experienced in 2017 and rings loudly throughout the song.

“This song is a culmination of years of trials and tribulations, but through it all, it truly represents who we are and all that we’ve been through,” the band said. “This song is about waking up to the horror of reality itself and that in one way or another, no one escapes unscathed.”

If a feel-good, uplifting track is what you’re after, then this isn’t the song for you. But if you need a reminder than those downtrodden demons that nag non-stop aren’t only within you, then “Whaddaya Say” might make you feel a bit better, even if in a strange, twisted way. After all, misery loves company, and when the world is how it is, sometimes commiseration is all we have.