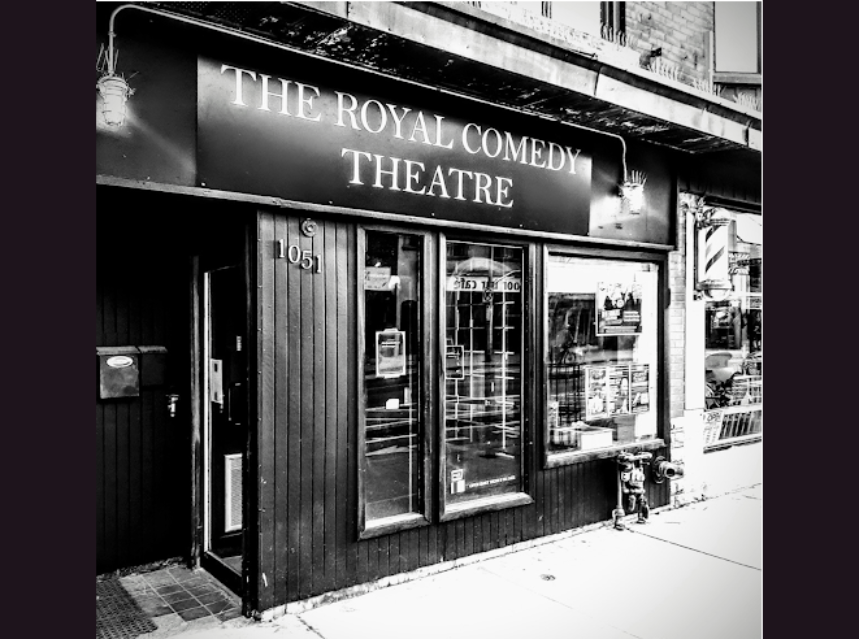 Matt M first established the Royal Comedy Theatre with the goal of creating a space where comedians can push the boundaries of free speech while simultaneously entertaining anyone who walks through the door With its small network of producers, the venue runs in-house, high quality shows for six nights a week

After Cuomo and Denee show off their talent early in July, Emmy-nominated Gianmarco Soresi will get a turn two weeks later when he headlines the Royal Comedy Theatre on July 22. This comic from New York City has received much praise for his broadcast work, In fact, his first special, Shelf Life, was nominated for three NY Emmy Awards and was added to NPR’s 2020 Comedy Special Recommendations. While the special can be watched on Amazon, much of his stand-up work is also available on Netflix, PBS, and Comedy Central.

Purchase tickets to his show at The Royal Comedy Theatre here.

A month later, Katie Boyle and Brendan Sagalow will take centre stage when they headline the venue on August 12. Both of these comedians have made names for themselves in New York City, but only one of them is native to the area. Katie was born in Ireland, and she uses her background to discuss dating from an Irish perspective in her podcast, The Shift. When she’s not recording an episode, Katie can be found performing at Eastville, Stand up NY and New York Comedy Club. Furthermore, she runs the Transplants Comedy Showevery Friday at 7:30 p.m. at QEB.

The other headliner, Brendan Sagalow, has been in the business for over 10 years, and his comedy album, “Not Now More Than Ever” was on the iTunes Charts for 6 days in a row. He was also a finalist in “New York’s Funniest” at Carolines comedy club and the winner of the 2015 New York Comedy Club Comedy competition. He also produces his own show at the New York Comedy Club called “Spiked Punch.”

Get tickets to see Katie and Brendan perform here.

Every Sunday at 8 p.m ET, the controversial Robert Mailoux hosts the Casting Couch Sundays, a show that allows amateur and semi-professional comedians to perform in front of a judge panel to compete for the opportunity to perform on other days of the week . Click here to see more shows that are regularly hosted at the Royal Comedy Theatre.

Dates and times of performances

Rob is both adopted and divorced, just generally unwanted. He was arrested at the G20 and asked to open for rock group System of a Down, before he was asked not to. He’s appeared on popular podcasts like Doug Loves Movies, The Todd Glass Show, Legion of Skanks and Bertcast. Toured across Canada with Doug Stanhope and hosted at Just For Laughs for WWE legend Mick Foley. In 2012 he was selected amongst thousands by Dailymotion.com to perform at the Montreux Switzerland comedy festival, where he bombed.

Born and raised in Kingston Ontario, Ryan began his comedy career in 2007 just shy of his 30th birthday. A natural storyteller, Ryan combines real life experiences with his powerful ability to go off the cuff and work the crowd, creating a hilarious night of entertainment enjoyed by all ages. Dennee has the uncanny ability to play to any age group, from high school students to seniors and everyone in between, Ryans likability on stage is inimitable. An avid supporter of Canada’s military service members and veterans.

Ryan has performed at nearly a dozen different armed forces bases across the country. Ryan has been featured on XM Radio multiple times. He has performed at JFL 42, The Cottage Country Comedy Festival, the Waterloo Comedy Festival, and is the producer of Kingstons Ice Cold Comedy Festival. Ryan has been seen on several television commercials, and his comedy is routinely heard on K-Rock 105.7FM. Dennee has been described by several veteran comedians as a comic flying under the radar, and a comedic force to watch out for.

Katie Boyle is an Irish comedian living in NYC. She performs daily all over NYC and has been seen regularly at New York Comedy Club, Stand Up NY, Eastville and on shows in Caroline’s on Broadway and many other amazing clubs and shows. She runs a podcast The Shift where she and guests talk about sex and dating from an Irish perspective. She opened for Des Bishop in NYC (Comedy Cellar’s BFPC) and in Ireland (Vicar st and many other theaters). She runs a weekly show; Transplants Comedy Show every Friday at 7:30 p.m. at QED. Generally she talks extensively about her journey through American culture, dating and shame! Follow on instagram for weekly show details YAY

With equal parts confident social observations and cutting self-deprecation, Sagalow has deftly and defiantly owned the stage for over 10 years. Brendan comedy album “Not Now More Than Ever” was #1 on the iTunes Charts for 6 days in a row has written for MTV’s Joking Off, been a featured guest on many Sirius XM shows, Was a finalist in “New York’s Funniest” at Carolines comedy club and the winner of the 2015 New York Comedy Club Comedy competition. You can also listen to Brendan every week on his podcast “Here’s The Scenario” available everywhere now.