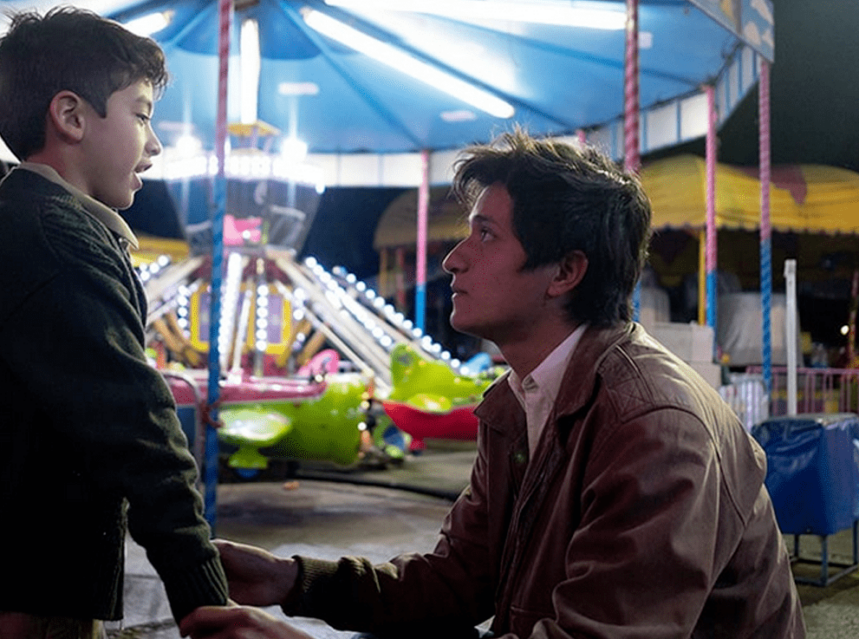 This movie, I CARRY YOU WITH ME marks the debut of director Heidi Ewing as a maker of feature films (she was nominated for an Oscar for her documentary Jesus Camp in 2006). Her background as a documentarist is somehow present in this movie, which is, after all, based on a real story. Images that carefully capture the story’s surroundings is one of the film’s characteristics.

“I Carry You With Me” (“Te llevo conmigo” is its original Spanish title) starts with Ivan (Armando Espitia), living in New York, reminiscing about his native Mexico. More specifically, he thinks of a town in Puebla where he worked as a busboy at a restaurant. Twenty years earlier, Ivan was married and had a child. However, he was gay and had to hide his sexual orientation; otherwise, he would have risked social condemnation and even death and the loss of his son.

Ivan’s only confidant is Sandra (Michelle Rodriguez), a childhood friend working as a prostitute. During one of his escapades into one of the few gay clubs of his town, Ivan meets Gerardo (Christian Vasquez), with whom an immediate relationship would develop. Like many Mexicans, however, Ivan has one idea brewing in his mind: to cross the border. He thinks that in the US, he would be able to fulfil his dream of becoming a chef and practice his sexuality more freely. Sandra would join him in what is a dangerous journey. Gerardo, instead, would remain behind.

Eventually, Gerardo and Ivan managed to get together in the US, but things can never be perfect. Something is missing, and that would chase Ivan even when his American dream seems achieved.

“I Carry You With Me” is also an ironic look at the inconsistencies of the US immigration legislation.  Even with his American dream somewhat realized, Ivan couldn’t get his status legalized.

This movie touches on issues of gay love amid prejudice and a story of hope and determination in reaching one’s objectives.

In Spanish with English subtitles. Released in theatres July 2 and July 9. Duration 111 min