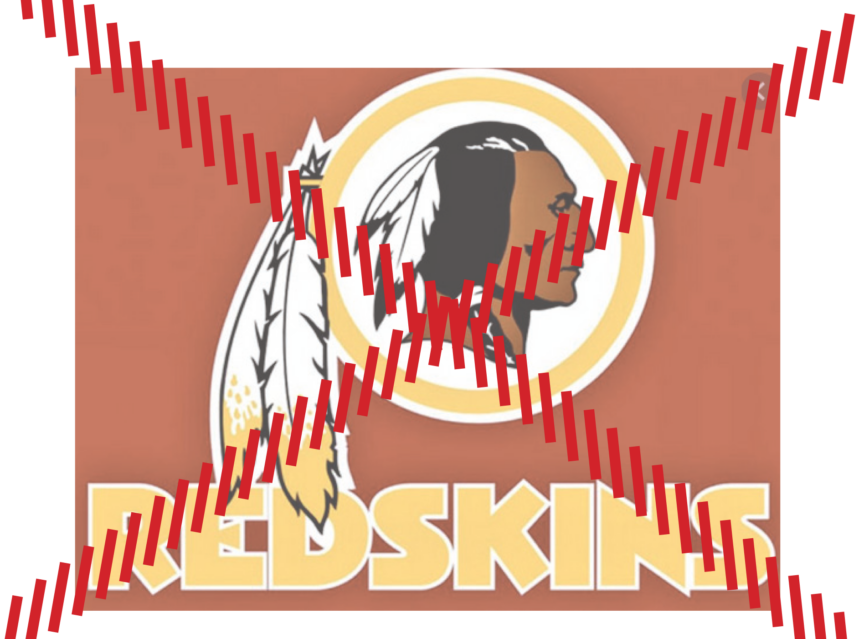 Club officials didn’t reveal what the new name would be, but said it would be some kind of tribute to the military and Native Americans.

It’s the latest change influenced by anti-racism protests over the past few months which have forced a number of sports teams across North America to rethink nicknames and logos.

The NHL’s Chicago Blackhawks are an ‘Original Six’ club and one of the league’s most storied franchises. In 1926, the team was named after the owner’s military unit he fought with during WWI, which itself was named in tribute to a Native American icon from Illinois’s history.

‘The Chicago Blackhawks name and logo symbolizes an important and historic person, Black Hawk of Illinois’ Sac & Fox Nation, whose leadership and life has inspired generations of Native Americans, veterans and the public,’’ the Hawks’ said in a recent statement.

While some have called for the Hawks to change things up, club officials maintain that their use of the name and logo only honours Native American culture. The team has also gone to great lengths to include Native Americans in team ceremonies and celebrations.

‘‘We celebrate Black Hawk’s legacy by offering ongoing reverent examples of Native American culture, traditions and contributions, providing a platform for genuine dialogue with local and national Native American groups. As the team’s popularity grew over the past decade, so did that platform and our work with these important organizations,” their statement continued.

The Cleveland Indians are one of the most outrageous offenders when it comes to the use of a racist caricature to portray the team mascot. Although, their red-faced mascot known as Chief Wahoo was finally replaced after decades of outrage. Several years ago the team started using a simple red ‘C’ as the emblem on players’ uniforms and other merchandise…yet they remained the Indians.

Despite increased calls for change, ownership still won’t budge. In a statement the club said:
“While the focus of the baseball world shifts to the excitement of an unprecedented 2020 season, we recognize our unique place in the community and are committed to listening, learning and acting in the manner that can best unite and inspire our city and all those who support our team.”

Still with baseball, the Atlanta Braves are also being pressured by some for a rebrand, but the club is standing by its history.

“Through our conversations, changing the name of the Braves is not under consideration or deemed necessary,” the team released in a letter to season ticket holders. “We have great respect and reverence for our name and the Native American communities that have held meaningful relationships with us do as well. We will always be the Atlanta Braves.”

Team officials are also reviewing the iconic ‘Tomahawk Chop’ chant that takes place at home games. It’s unclear if it will be used when the 2020 season finally kicks off later this month.

Canada is not immune to the controversy. The tiny town of Morden, Manitoba has a hockey team called the Redskins as well.

Officials voted at least one time in the past to change the name amid public outcry, but that motion was defeated.

Morden’s mayor has since made a personal plea to change the club’s nickname. One of the team’s sponsors has even threatened to pull funding.