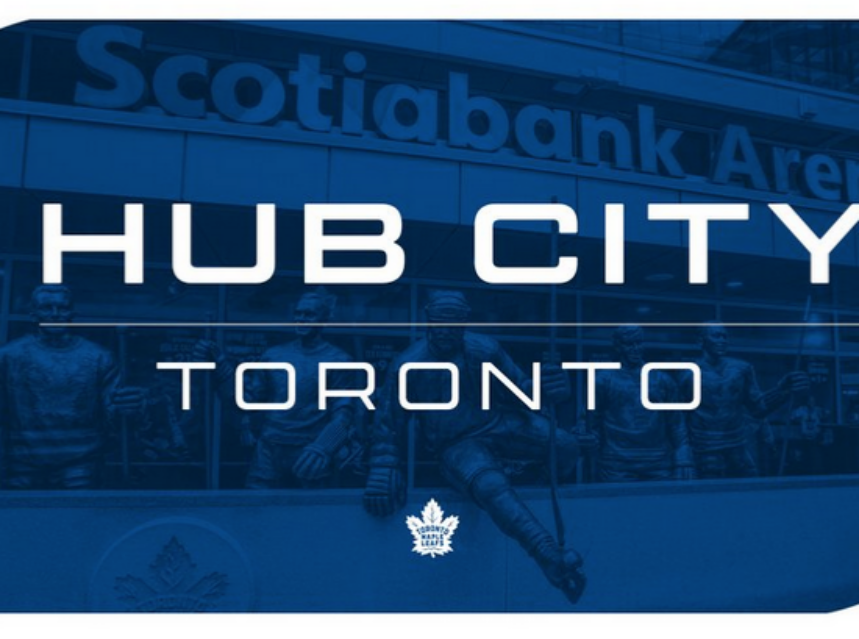 How things will play out for Toronto sports teams

TORONTO, ON., July 11, 2020 — In mid-March we witnessed an unprecedented shutdown of sports leagues around the world. But as the number of new cases continue to drop in Canada and spiral out of control in many regions across the U.S., Toronto’s sports teams are poised to finish their seasons at empty venues. The best part is the Maple Leafs, Raptors, TFC and Blue Jays all still have a chance to be crowned champions. Here are the details on how each league plans to complete their seasons during the COVID-19 pandemic.

Canada’s biggest city can legitimately claim the title of ‘Centre Of The Universe’..at least in the hockey world.

The NHL announced this week that Toronto and Edmonton will serve as the two hub cities to host 24 clubs in a showdown to become 2020 Stanley Cup champions.

Beginning July 26, Toronto rolls out the welcome mat for 12 teams in the Eastern Conference. Players and staff must stay within the designated ‘bubbles’ that include hotels, arenas and access to certain restaurants, bars and gyms.

The qualifying round for the playoffs will begin on August 1. Players’ families won’t be allowed in the ‘bubbles’ until the conference finals and Stanley Cup Finals.

And while teams may be practicing on ice pads all over the GTA, all indications now are that games will take place exclusively at Scotiabank Arena.

The Maple Leafs play their first Stanley Cup qualifier against the Columbus Blue Jackets on August 2.

After a long and tense showdown between players and owners, the MLB agreed to play a shortened 60-game season that will open July 23 and 24.

There have already been several cases of COVID-19 detected during rigorous testing under the MLB’s return to play plan. But the team is pushing on.

This week, the Blue Jays received special permission from the Canadian and Ontario governments to begin training and practicing at Rogers Centre. Players and staff will isolate themselves on the grounds and stay in the hotel attached to the arena.

So what happens if any of the Jays are caught canoodling outside the ballpark/hotel? A $750,000 fine.

The home opener will take place July 29 when the Jays kick off a three-game series with the Washington Nationals.

Any chance the Raptors have of defending their title as league champions will be done on the road.

The NBA’s 2020 playoff format will see 22 teams battle it out at Disney World in Florida.

Players will eat meals prepared by Disney chefs (there’s already been an outcry on social media over poor quality and selection of the offerings). Players will stay at Disney hotels and will not be allowed to leave the theme park grounds.

Everyone will be outfitted with a special proximity alarm that will let you know when you are not practicing proper physical distancing.

Players will also wear special wristbands that act as their room key, wallet and check-in for COVID testing.

The Raptors will play a number of games to finalize seeding in the playoffs. Their first game is against LeBron James and the Los Angeles Lakers on August 1.

Metro League Soccer has also decided to hold its ‘MLS Is Back’ tournament in the COVID hotbed of Florida.

Games will be held in the ESPN Wide World of Sports Complex in the Walt Disney World Resort near Orlando.

Toronto FC was scheduled to play its opening match against DC United on July 10 but it was moved to July 12 as the league scrambles to keep the number of positive COVID-19 tests under control in the tournament ‘bubble’.

FC Dallas withdrew from the tournament after 10 players tested positive.

A number of Nashville SC players have now tested positive as well and MLS is reevaluating the club’s participation in the tournament.

The tournament will feature a group stage, which will count toward the 2020 MLS regular-season standings, followed by knockout rounds.

The tournament champion will qualify for the 2021 Concacaf Champions League and the 2020 season is scheduled to resume upon completion of the tournament.