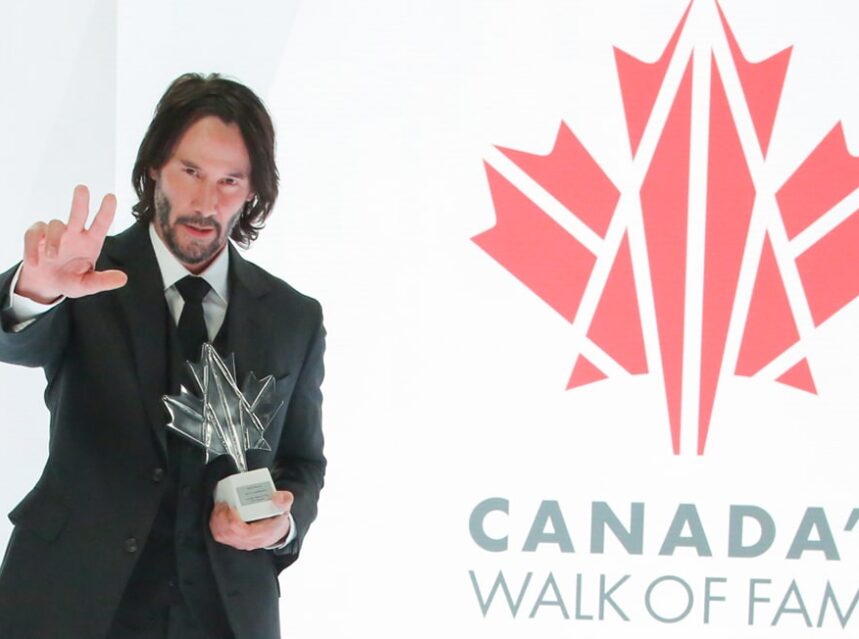 TORONTO, ON, Dec. 15, 2021 – As fans get ready to welcome the homecoming of Hollywood nice guy and global superstar, Keanu Reeves, who will be in Toronto this week for the blockbuster premiere of The Matrix Resurrections, Canada’s Walk of Fame is also sharing love for its newest Inductee, who will be honoured alongside some of the greatest Canadians making an impact on the world, during a primetime special event airing on Friday, December 17, 8 p.m. ET on CTV, CTV.ca, and the CTV app.

In a sneak peek of his acceptance speech to Canada’s Walk of Fame, the iconic actor, producer, and director who has entertained audiences worldwide for more than three decades, says “I would not be here if not for where I came from.”  He goes on to give a shout out to his elementary school Jesse Ketchum PS, Hazelton Avenue where he lived, and what he recalls as a “wonderful journey of growing up – in a place, in a city, in a culture I am forever grateful for, and to.”  During his emotional, heartfelt, and humbled speech, which will be aired in full this Friday on CTV, Keanu talks all things Canadian, growing up in Toronto, and of course, hockey.

In addition to Carrie-Anne Moss who presents the honour to Keanu, some of the greatest Canadians and global superstars have come together to present and celebrate this year’s Inductees and Honourees including Sarah McLachlan, Chris Jericho, Barenaked Ladies, Robbie Robertson, and Kyle Lowry; in addition to a special appearance by Dwayne ‘The Rock’ Johnson.