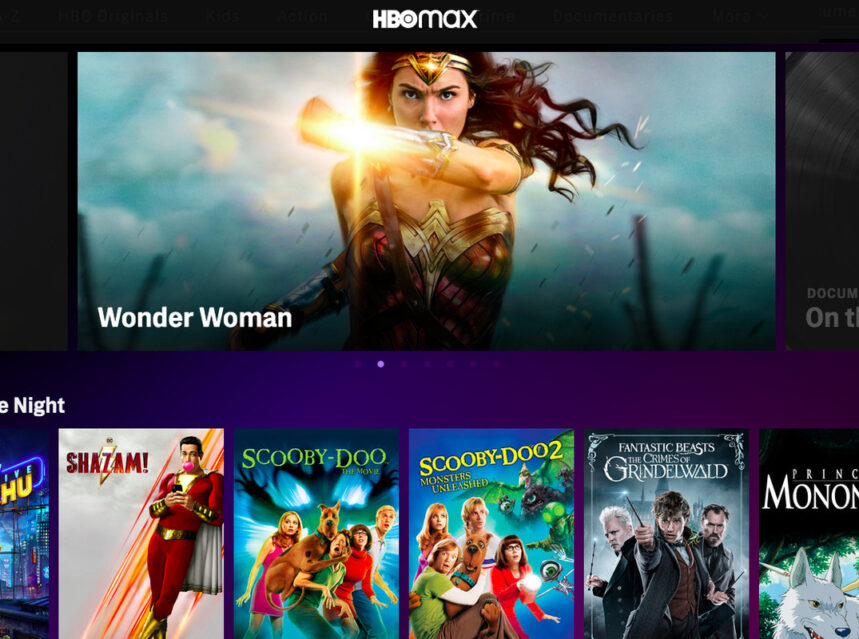 We need to shift our mood in this fast-paced period where everyone is preoccupied with work or schoolwork and spend quality time with our loved ones. So, this coming weekend, do you guys intend to watch a movie with your families? Let’s read this article to learn more about the top 6 family films currently streaming on HBO Max.

We have some fascinating and entertaining movie recommendations for audiences of all ages, so grab some snacks and get ready.

Angels in the Outfield

keep this one in mind. One of those popular family films from the 1990s that appealed to kids today who would wish to show it to their young children. It had a significant impact on VHS and cable. In a remake of the 1951 film of the same name, it stars future leading man Joseph Gordon-Levitt, but he wasn’t the only future star in this movie. Watch out for Matthew McConaughey and Adrien Brody as well!

Do you adore and cherish fantasy films? The Dark Crystal is a movie that you simply must see. Jim Henson served as the film’s director, and Roy Field and Brian Smithies handled the special effects. The Dark Crystal was also considered for the 1984 award for Best Special Visual Effects. Accept the good and terrible thematic vibes of the story. The puppetry in the movie and its significant role are what give it its contemporary feel even after four decades.

In 2007, Emma Roberts played the titular character in this movie based on the enormously popular books, giving literature’s favourite young heroine who solves mysteries the full film treatment. Although there were various opinions at the time, it’s good to watch a movie for young people that encourages ladies to solve their own mysteries.

Robert Rodriguez may be most known for his action films for adults, but for individuals who were children in the 2000s, he is primarily known as the director of Spy Kids. Three sequels to the ground-breaking first movie from 2001 are now all available on HBO Max! These films are enjoyable action-adventure blockbusters for the whole family and a rare smash franchise with a Latinx flavour.

Bear in mind Blue Sky? With a group of vibrant Brazilian birds, the makers of Ice Age attempted to launch yet another popular series. The first movie was enough successful to spawn an enjoyable sequel. Bright hues, engaging music, and entertaining voice acting from celebrities like Jesse Eisenberg, Anne Hathaway, Jamie Foxx, Tracy Morgan, and others are all hallmarks of Rio 2.

One of the most cherished holiday movies in history may be enjoyed at any time of year. This 1983 piece of nostalgia, which was directed by Bob Clark, wasn’t well received when it was first shown but went on to become a huge hit on VHS and during special cable programming. The film’s cast includes Peter Billingsley, Melinda Dillon, and Darren McGavin. It tells the charming and hilarious tale of a typical American family during the Christmas season.

Hugo, one of Scorsese’s most lauded and cherished movies, was nominated for 11 Oscars (and won five of them), dispelling the absurd notion that the renowned director only makes mob movies. The whole family will appreciate this quirky, wonderful movie, and even though it isn’t available on HBO Max in 3D, you can still take in all of its unending visual splendour

Clash of the Titans

When the first Clash of the Titans was released in 1981 and quickly became a tremendous smash, it was essentially marketed as a family adventure movie. The movie starring Harry Hamlin and a loose retelling of the Perseus myth features the final creations of the great Ray Harrhausen, the king of stop-motion visual effects. Even if it’s outdated, Gen Xers with HBO Max subscriptions might find it nostalgic.

As a historical drama about the writer J.M. Barrie and the family who inspired him to write Peter Pan, this one may be better appropriate for families with older children. It received a tonne of positive reviews and earned Johnny Depp nods for Best Actor, although the best Adapted Screenplay, and Best Picture at the Oscars. For a young Freddie Highmore, it was also his big break.

The ideal animated Oscar-winning picture features adorable penguins, hilarious dancing, and beautiful tunes. a large group of affectionately dancing and singing penguins. In contrast to his other penguins, Elijah Wood is a chilly penguin with a mumbling voice and a less than perfect melodious voice. George Miller is the director of this masterwork, which features a stellar cast. Well, this is a joyful, upbeat, musical, and emotionally moving movie that everyone should watch.

Looney Tunes Back in Action

Look! Muppets! It’s a children’s movie, am I right? Sorta. In this fascinating fantasy movie, there are puppets, but it’s also a dark, frequently terrifying adventure story that doesn’t speak down to kids and isn’t afraid to frighten them. It’s difficult to put into words how revolutionary this film was for its day in terms of puppetry, visual effects, and even the writing style used for children’s programming. It has enormous influence, which is why Netflix went back to it nearly 40 years later.

After Steven Universe’s tenure on Cartoon Network came to an end, they created a movie in 2019 that upholds the hit show’s masterful fusion of fantasy and humour. For a second tale about the Crystal Gems attempting to save all organic life on Earth, the majority of the ensemble cast is back. This film serves as a beautiful conclusion to the legacy of the fantastic television series Steven Universe. Note that HBO Max also airs the show, however, it is not available in Canada but you can access HBO max Canada by subscribing to a premium VPN.

You still want to watch some DC superhero action this weekend even though your kids are too young to watch Zack Snyder’s Justice League. Rewind to the first Man in Steel film, one of the most significant superhero films ever, directed by Richard Donner. Lex Luthor was best portrayed by Gene Hackman, while Christopher Reeve is the greatest Lex Luthor.

Well, these movies are outclassed, you must watch any one of them share a strong bond with your family.