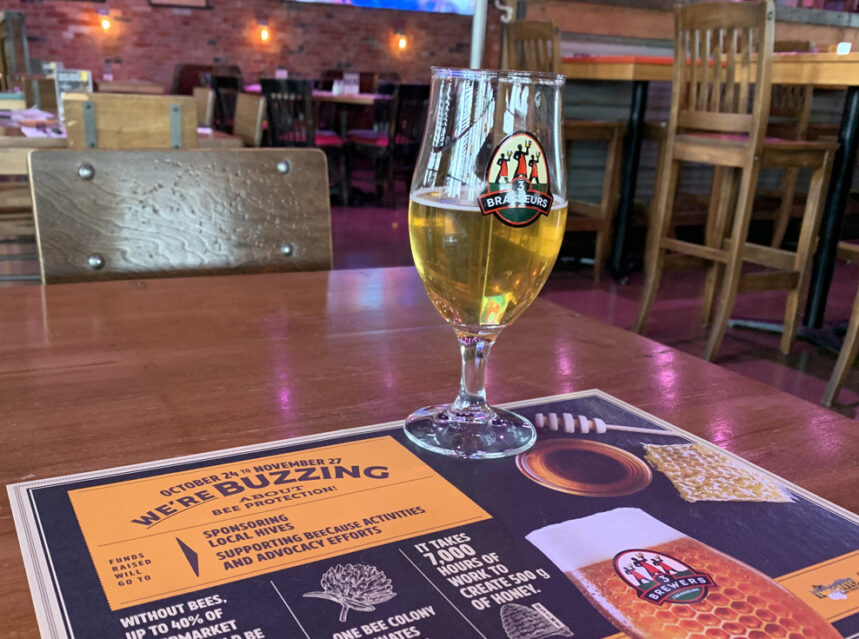 Le Trois Brasseurs /3 Brewers announced in a Canadian Press release on Friday December 6, 2019 that they will be closing down four locations within the GTA according to canadianbeernews.com

On December 31, 2019 the brewpub chain from France owned and operated by the Mulliez family – one of that country’s wealthiest families – will be closing four of their more than 45 worldwide locations including Adelaide, and Liberty Village in Toronto in addition to their Richmond Hill and Mississauga locations.

It is important to note that 3 Brewers on Yonge Street and in Oakville will remain open in addition to their 2 Ottawa and 11 Quebec locations.

“Ten years ago, we entered the strategic market of Ontario and, over that time, experienced some great victories, notably our Yonge and Oakville restaurants, but also some challenges,” said Laurens Defour, CEO of 3 Brewers Canada, in a Canadian Press statement. “This is a difficult decision, but we have concluded that we need to close some sites in order to support the evolution of our business.”

Some of the employees from the locations closing their doors may find new homes at the two remaining GTA 3 Brewers while others will receive job seeking assistance, coaching and psychological support according to the statement.

3 Brewers prides itself on making beer the traditional way. “We have the five main beers. Blonde, White, Brown and an Amber,” said Nicholas Green, project manager for new restaurant openings, in an interview with Courtland Shakespeare for GoodLife Mississauga Magazine in 2016. “They were the original four and then several years ago, as IPAs became more popular, we added an IPA. That’s become one of the traditional five. Every restaurant also has a seasonal beer which is served in all of the restaurants in North America. And then we have a neighbourhood beer, which is one that is unique to each location. We have a Black Vanilla Stout here (at Oakville) and it’s not brewed anywhere else in the world,” explains Green.

More recently, some locations also have Thursday Cask nights, where the neighbourhood brewer serves samples of some of the beers being developed for competitions and for added variety.

3 Brewers outside of Ontario and Quebec include 27 locations in France, four on Reunion Island (near Madagascar), one in São Paulo, Brazil, one in Tahiti and one in New Caledonia a territory of France.