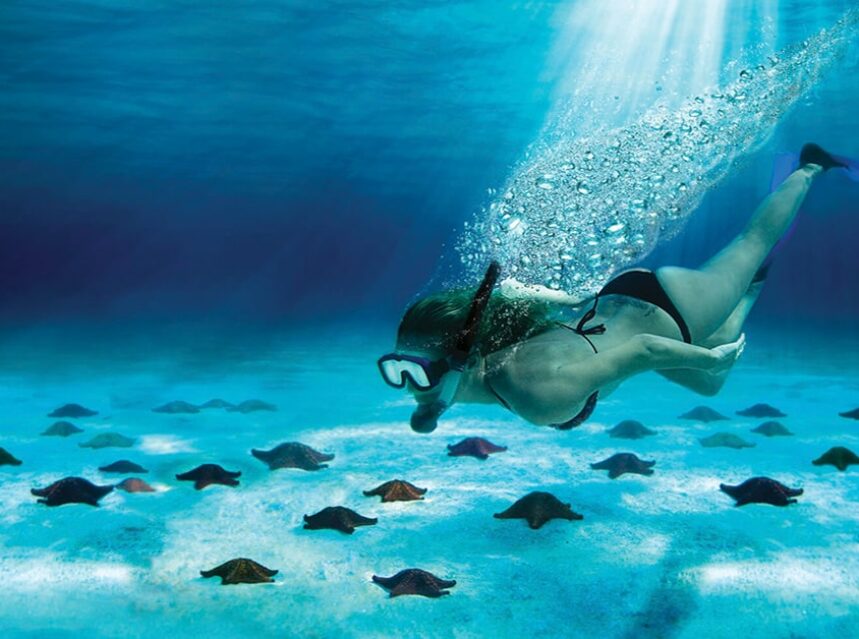 As the Latin American country with the highest number of visitors, Mexico has something for everybody. From secret beaches and breathtaking coastlines to vibrant cities and colonial towns, Mexico is as varied as it’s large. The North American country is also a treasure trove for epicureans—after all, the spicy cuisine is popular around the world for a good reason. Here are just a few reasons why Mexico should feature in your travel plans.

Puerto Vallarta, which was converted into a holiday destination in the 1960s, is a favorite among local and international visitors. Set along the Pacific coast, and fringed by verdant mountains, the town is famous for its luxury resorts, beaches and water sports. The beachside promenada of El Malecón is a favorite with party-goers who flock to its bars, lounges and clubs. Meanwhile, the cobbled streets of Puerto Vallarta’s center are home to iconic structures such as the Nuestra Señora de Guadalupe church. Some of the activities in the area include diving, boat trips and horseback riding.

One of the most well-known archeological sites in Mexico, Chichen Itza should be on the radar of all those interested in ancient civilizations. Located in Yucatán, Chichen Itza was constructed by the Mayan civilization between 600 and 1200 AD. The ruins, which used to be the largest Mayan city back in the day, showcase various architectural styles. One of the highlights of the area is the El Castillo, a Mesoamerican pyramid with steps on all sides, which was built in honor of the god Kulukan, the Maya feathered serpent deity. For a better idea, keep an eye out for the serpent sculptures on the temple’s northern balustrade.

Also referred to as the City of Angels, Puebla is located in east-central Mexico, and is known for its stunning colonial buildings and intricate pottery. Lined with cobblestone streets, the historic downtown features a huge number of churches and stately buildings. The locally-produced Talavera tiles, which adorn countless building facades, used to be indicative of the wealth of a family or business, says history expert atREVIEWBOX México. Today, they stand testament to skill of the region’s artisans. The cultural hub is also well known as the birthplace of the mole, a famous Mexican sauce usually served with meat or rice.

Located on the southern coast of the Baja California Peninsula, Cabo is known for its white-sand beaches, scenic stone cliffs and diverse marine life. The area is also popular for its water sports, which range from jet-skiing to snorkeling and parasailing. The Arch of Cabo San Lucas, is a spectacular rock formation that makes a perfect backdrop to holiday photos. Meanwhile, just outside the city, visitors can find cardón cacti, caracara birds and winding streams.

A perfect escape for those wishing to get away from it all, Cozumel is an undeveloped island just off the southeastern coast of Mexico. With a series of unspoilt white-sand beaches and rich marine biodiversity, the island is a playing field for divers and snorkelers. The eco park of Chankanaab features underwater carvers that are home to manatees, dolphins and sea turtles. Visitors eager for more can check out the submerged sculptures of Museo Subacuático de Arte.

Featured in the film The Shawshank Redemption, the Pacific Coast enclave of Zihuatanejo is the third most visited resort town in Mexico. The beachside town, which is located northwest of Acapulco, is mostly known for its picturesque beaches and laid back, small-town vibes. Relax on the palm-fringed Playa la Ropa or sample delicious seafood at one of its beachside restaurants. Alternatively, head to the Playa las Gatas, a slice of paradise complete with sun lounges and watersports.