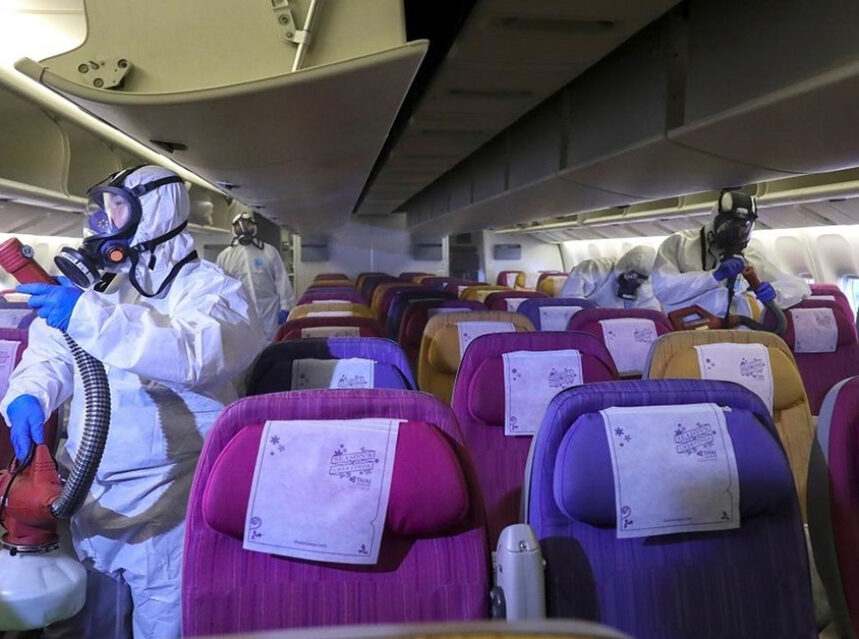 Airlines cancelling flights to China – Two hundred British citizens are being flown back to the UK from Wuhan in China, the epicentre of the novel coronavirus outbreak, and will be put into quarantine for two weeks.

When they arrive, they will be placed into ‘supported isolation’ for 14 days with ‘all necessary medical attention’, according to a BBC News report. A Downing Street spokesperson said the government would confirm the location they will be held ‘in due course’ but offered no comment on reports that it would be a military base. “Our priority is to keep British nationals and their families together,” he added. Those returning from other parts of China will not be affected, but have been advised to ‘self-isolate’ for 14 days.

British Airways operates daily flights to Shanghai and Beijing from Heathrow but have announced the suspension of all flights to and from mainland China ‘with immediate effect’ until the end of January while the situation is assessed. “We apologize to customers for the inconvenience, but the safety of our customers and crew is always our priority,” they wrote in a statement. Other airlines, including United Airlines, Air Canada, Cathay Pacific Airways and Indonesia’s Lion Air have already cancelled some flights to China. Russia’s Ural Airlines said it had suspended some services to Europe popular with Chinese tourists, including Paris and Rome, because of the outbreak. Hong Kong announced plans to slash cross-border travel between the city and mainland China.

According to the Chinese National Health Commission, the number of deaths from the virus has risen to 132 in China as of January 29th and has spread to at least 16 other countries. Four cases have been confirmed in Germany, making it the second European country to report cases, after France. The United Arab Emirates has also confirmed its first cases of the virus and Finland confirmed its first case as well. In Canada, a second case of coronavirus was confirmed in Toronto and B.C. has its first ‘presumptively’ confirmed case. China now has 5,974 confirmed cases and 9,239 suspected cases. An expert at China’s National Health Commission (NHC) said it could take 10 more days for the outbreak to peak. Like the similar Sars and influenza viruses, the new coronavirus is a particular risk for elderly people and those with pre-existing illnesses.

Other articles on coronavirus: