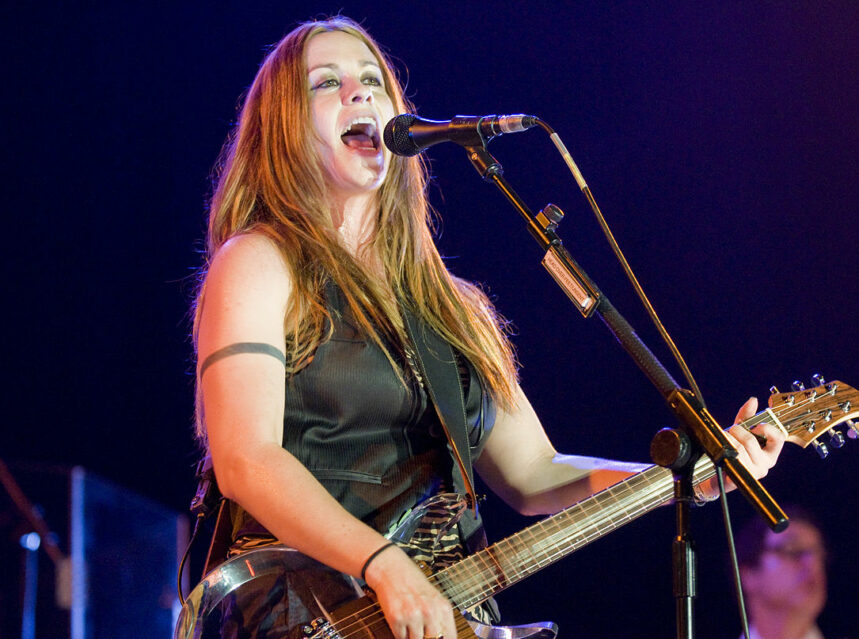 Celebrating the 25th anniversary of her smash hit breakthrough album Jagged Little Pill and the launch of her May 1, 2020 launch of her new record Such Pretty Forks in the Road, Canadian alt-rocker Alanis Morisette announced her North American tour today.

The Ottawa-born rock star’s first single from Such Pretty Forks in the Road, “Reasons I Drink,” is out now. Alanis will play Toronto on July 11 on the Budweiser Stage, and so far that is the only Canadian date slated by Live Nation on the 31-date tour, however she will play the Detroit area on July 21, 2020.

“Jagged Little Pill” released on June 13, 1995 won several Grammy Awards, including album of the year and one of its biggest hits “You Oughta Know” inspired the Broadway musical that premiered last month in New York.

90s Wisconsin alt-rockers (with Scottish singer Shirley Manson) Garbage who have sold 17 million albums worldwide, will be the opener on the tour along with hip, edgy Chicago songstress, Liz Phair. Garbage are currently working on a new record for 2020 on the heals of their 2016 release, Strange Little Birds.