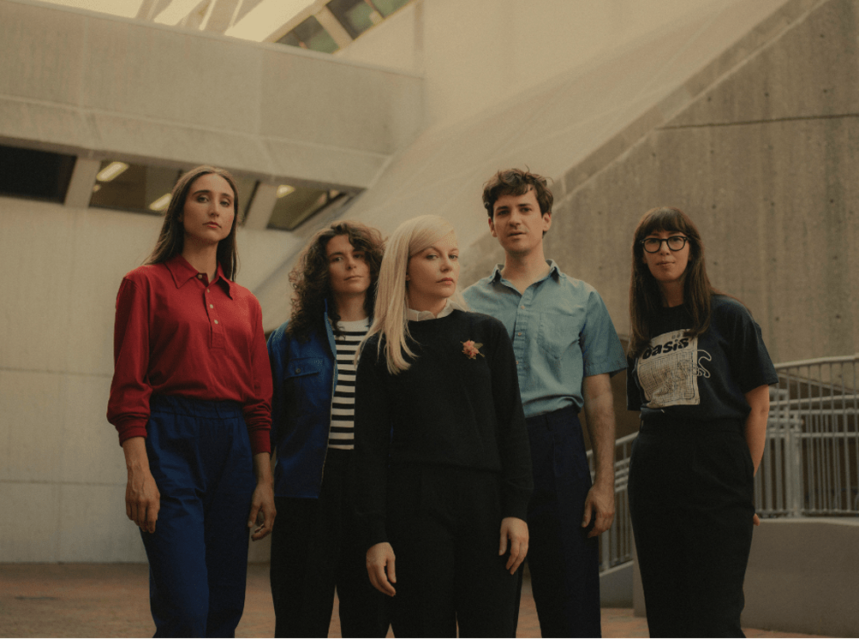 Toronto, Dec. 7, 2022 – 2022 belongs to Toronto alt rockers, Alvvays, at least according to the current onslaught of year end coverage coming through. Critics world-wide are hailing Alvvays and their masterpiece Blue Rev as one of the most important albums of the year, including single “Belinda Says” being named the #1 song of the year by Pitchfork and the album claiming the top spot on both Exclaim!’s ‘Best Albums of 2022’ list and Stereogum’s ‘50 Best Albums of 2022’ roundup.

Another song from the album, “Many Mirrors” is today getting its moment in the sun with the band collaborating with video game developer Eric Barone for the music video. Mutual fans of each other’s work, Barone heard “Many Mirrors” and his imagination ran wild, basing the magical video concept on old-school side-scrolling video games.

Of creating the video, Eric says, “It’s not every day I get an email from a cool band like Alvvays. When I learned they were fans of Stardew Valley, it felt like a real honour. The whole album is fantastic, but the song “Many Mirrors” had a pure, adventurous energy to it that really resonated with me. I took that feeling, and used it to create a visual world in my mind’s eye… and that’s what ultimately turned into this video. I had a lot of fun making it, and I’m really happy to be able to contribute, in a small way, to the band’s story!”

Alvvays have received a great deal of praise for Blue Rev. About their single, “Belinda” Pitchfork named it the #1 song of 2022 and called it“a song about the moments in people’s lives that defy being put into words, and that’s what makes it a triumph: it takes you to a place only music lives, a realm of pure and swirling emotion.”

While Stereogum rated it #1 on their 50 Best Albums of 2022, saying“Blue Rev is a feat of alchemy, an album whose pleasures are simple but whose execution is complex. The songs on Blue Rev are hooky and heartfelt, a series of powder-keg explosions that burst with emotion.”

Likewise, Toronto’s Exclaim! named it #1 on their 50 Best Albums of 2022. “Yet, even as they shout out Tom Verlaine and Belinda Carlisle, there’s nothing backward-looking about Blue Rev. Instead, they boil down elements of power pop, shoegaze, dream pop, jangle rock and any other indie rock subfield you can think of into an alcopop-charged rush of guitar rock joy,” reads the review.

The Toronto five-piece finish out 2022 with gigs in South America before returning home for two shows at History in Toronto Dec. 15-16. Alvvays then head back out in early March to perform at several more Canadian venues before heading to Europe.