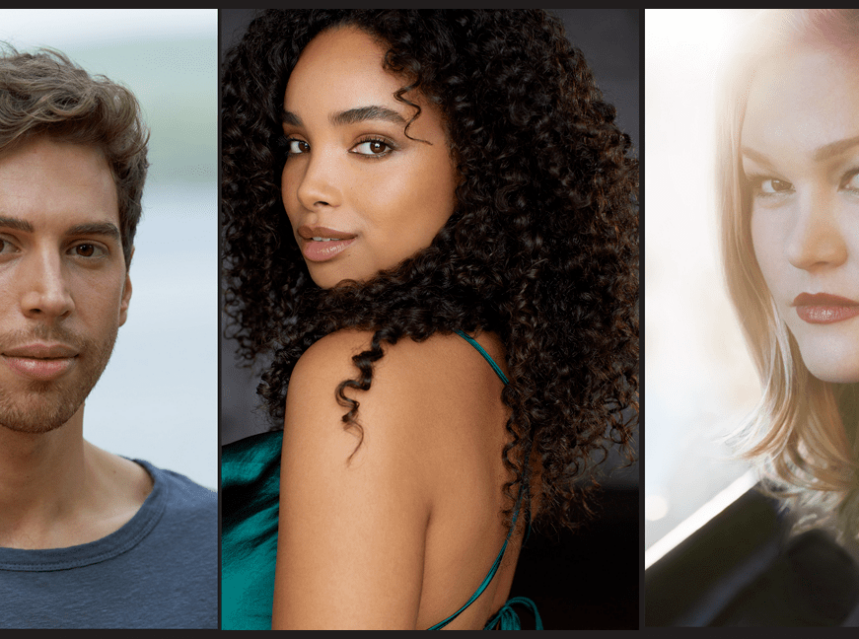 Amazon Prime Video has announced the start of production of the first scripted Canadian Amazon Original series, The Lake. Set in cottage country, the 30-minute episodic comedy will film in northern Ontario from August to September. The Lake stars Jordan Gavaris (Orphan Black), Julia Stiles (Hustlers, The Bourne Identity) and Madison Shamoun (#blackAF, Black-ish). The series will launch in 2022 and be available exclusively on Prime Video in more than 240 countries and territories worldwide.

The Lake centres on the quintessential Canadian cottage experience, and one man’s attempt to recreate his childhood memories in an effort to re-connect with his biological daughter. Produced by AMAZE and filmed in Ontario (they don’t say exactly where), the series taps into the family bonding, relaxing in nature and the peacefulness of cottage country then turns it on its head, with petty rivalry, strained relationships, day drinking, and mosquito-ravaged sunburns.

In The Lake, Justin (Jordan Gavaris) returns from living abroad after a break-up with his long-term partner, in the hope of reconnecting with the biological daughter that he gave up for adoption in his teens. His plans to create new memories with his city-loving daughter Billie (Madison Shamoun) at the idyllic lake from his childhood go awry when he finds out his father left the family cottage to his “picture-perfect” stepsister, Maisy-May (Julia Stiles). Additional cast include Terry Chen (The Expanse, A Million Little Things),  Jon Dore (Funny As Hell, Humour Resources), Carolyn Scott (Pushing Tin, Goosebumps), Natalie Lisinka (Orphan Black, The Expanse), Travis Nelson (Tucker and Dale vs Evil), Jared Scott (13 Reasons Why) and Declan Whaley (Criminal Minds).

“We are thrilled to bring together this incredible cast and creative team for our first scripted Canadian comedy series,” said Christina Wayne, Head of Canadian Originals at Amazon Studios. “It’s a show that will push boundaries and celebrate broken characters trying to hold it all together against one of the most picturesque settings – cottage country.”

“We were inspired by the summers we spent on the lake, which is the basis of the concept that we brought to Amazon,” commented Executive Producers Michael Souther and Teza Lawrence, AMAZE. “We’re excited and really looking forward to working with this incredibly talented and diverse cast, and proud to have Jordan in this central role that celebrates the LGBTQIA+ community in this series.”

The Lake is produced by AMAZE, with Michael Souther and Teza Lawrence serving as executive producers for AMAZE (Carter, Call Me Fitz), and is written and executive produced by Julian Doucet (Killjoys, St Nickel). The Lake comes from Amazon Studios and is part of Prime Video’s continued investment in Canada. The Lake is the fourth announced Canadian Amazon Original series following the revival of the sketch comedy The Kids in the Hall, docu-series All or Nothing: Toronto Maple Leafs (out October 1), and comedy-variety series LOL: Last One Laughing Canada.  Since 2015, Amazon Studios has filmed 24 Amazon Original series and films in Canada, including The Man in the High Castle and Upload in Vancouver, The Boys and The Expanse in Toronto, Tales from the Loop in Winnipeg, as well as parts of Tom Clancy’s Jack Ryan and The Voyeurs in Montreal.

The Lake will join the thousands of TV shows and movies from Hollywood and worldwide in the Prime Video catalog including award-winning and critically acclaimed Amazon Originals like The Tomorrow War, The Underground Railroad, Borat: Subsequent Moviefilm, The Boys, Tom Clancy’s Jack Ryan, and Emmy and Golden Globe award winners Fleabag and The Marvelous Mrs. Maisel, all on Prime Video, which is available at no extra cost for Amazon Prime members.