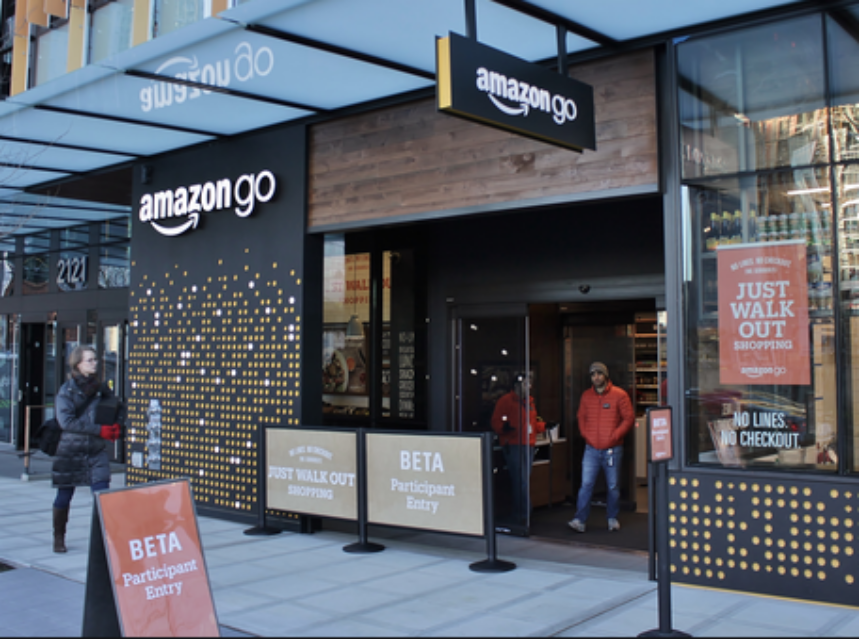 The online retailing giant is opening its first cashier-less grocery story in Seattle, where shoppers can grab staple grocery items without waiting in line or even reaching for their debit cards. This concept could revolutionise the way we shop.

At the new store, which opened Tuesday, patons scan a smartphone app to enter the store and cameras and sensors track what they remove from the shelves. The grocery items are then charged to the customer’s Amazon account after leaving.

It’s called Amazon Go Grocery, and the new store is an expansion of its 2-year-old chain of 25 Amazon Go convenience stores located in the United States. The new store is a whopping 10,400 square feet fully stocked with your favourite groceries and produce.

But how do they handle produce when normally most items are sold by weight? Nothing at the store is weighed. For example one orange would have a set price as would one apple or banana.

Amazon gravitated towards selling groceries in 2017 when it bought Whole Foods along with its 500 stores. And much of their produce comes from the popular high end grocery chain including its 365 brand of items. Amazon is also been expanding its online grocery delivery service.

But how will it work if a group is shopping together?

Groups or families can shop together with just one phone scanning everyone in, according to an article by ABC News. “Anything they grab and leave the store with will be added to the tab of the person who signed them in. But shoppers shouldn’t help out a stranger reaching for the top shelf: Amazon warns that grabbing an item for someone else means you’ll be charged for it.

The Amazon Go store is located at 2131 7th Avenue in Seattle.

Launch the Amazon Go iOS app, scan the QR code into the gate reader and you can enter the store. That’s it and you’re ready to go.