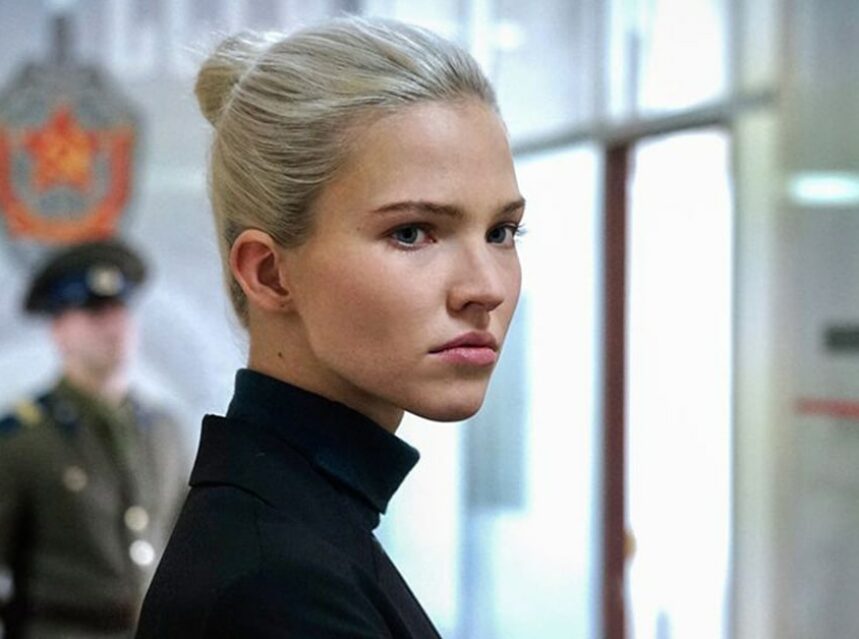 ANNA – This is a strange movie in the sense that the really interesting events occur only in the last twenty to thirty minutes of it. Of course, the trick is that to understand that ending you still have to go through the close to two hours of a plot that has too many implausible and even absurd twists, not to mention some funny dialogues. To make things more confusing, Luc Besson, director and writer of the film, who presents the story in a non-linear narrative, starts the plot in 1985 with the arrest and disappearance in Moscow of some American spies. Then the film tells us to jump five years later, which takes us to 1990, but after a few scenes, we are told to go back three years, and then again a few years later which, apparently takes us back to 1990. The abuse of this narrative recourse not only tires the spectator who has to figure out in what period the story is at that point, but it also seems to run against the historical context of that period. Indeed the film portrays a very active KGB, of which Anna (Sasha Luss) is a sort of super-agent, while in fact by then the KGB agents were more concerned about saving their own skin or trying to reinvent their careers, rather than mounting sophisticated operations in the west. The Soviet Union was to collapse just a year later, and by then everybody in that country’s intelligence community must have known what was coming.

Keeping historical details apart, we see Anna in a sort of violent relationship with a petty criminal in Moscow when she is approached by Alex (Luke Evans) a high-ranking KGB agent who convinces her that she should instead be serving her homeland by becoming a spy. Placed in a popular market in Moscow, Anna is then recruited as a model and moves to Paris. She would manage to combine her roles of supermodel and super-agent, and not only that, she would also enjoy an active sexual life, first with fellow model Maud (Lera Abova) in Paris, and in Moscow with Alex. The Cold War is still on, despite the troubles the Soviets are undergoing, and at one point we have CIA agent Lenny (Cillian Murphy) involved too. His involvement is not only motivated for the sake of his country’s interests: Anna is undoubtedly a beautiful woman able to capture the eye of every man. Anna’s supervisor, however, Olga (Helen Mirren), is not impressed and keeps sending her into increasingly dangerous operations. Olga has her own motives too, as we will see at the end of the movie.

In sum, not a great movie, except for the ingenious resolution of the predicaments of Anna, the desires of those attracted to her beauty, and the ambitions of her boss. The movie includes many scenes of violence and some scenes of sex.