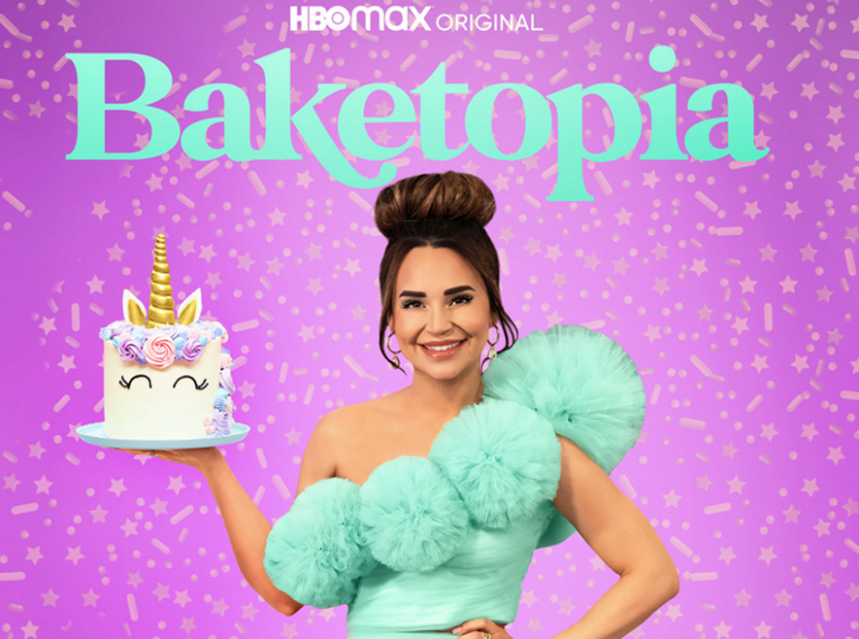 Brilliant bakers face off in Baketopia to create mouthwatering and eye-popping cakes, cookies, confections and more for a $10,000 prize and the coveted “Baketrophia” trophy

TORONTO, June 9, 2021 /CNW/ – Family Channel has all the ingredients for an epic programming lineup this month, with the Canadian premiere of the HBO Max Original series, Baketopia, the hottest new baking competition show from the creators of Craftopia. Baking guru, bestselling cookbook author and YouTube sensation, Rosanna Pansino hosts, serving up each episode with the same high-energy spirit and love of all things sweet that has made her a YouTube sensation, with more than 12.8 million subscribers.

In each of the season’s 12 episodes, Pansino tasks three different bakers with viral-worthy challenges to create trendsetting treats in a larger-than-life baking wonderland, complete with a pantry bursting with every ingredient and tool a baker could dream of. Competitors fill their shopping carts with unique ingredients and then race against time and each other to create delectable desserts in the hopes of wowing Pansino and her “Cake Council” judges – master cake artist, Timbo Sullivan, and Irish celebrity chef, Donal Skehan. The winner snags a $10,000 prize plus the coveted “Baketrophia” trophy.

Who will triumph and take home the dough? Find out on Monday, June 14 at 7:30pm ET/PT as Baketopia makes its highly anticipated, exclusive Canadian debut on Family Channel, immediately following a brand-new episode of the hilarious medieval comedy series, Dwight in Shining Armor.

Rosanna Pansino said: “I’m so thrilled that Canadian audiences will be able to share in all the fun and excitement we had making Baketopia. The incredible creations our competitors came up with blew me, Timbo and Donal away, and I’m sure they’ll amaze Family Channel’s audience as well.”

Katie Wilson, VP Channels and Curation, WildBrain Television, said: “Rosanna Pansino’s vibrant personality and passion for baking is infectious, and experiencing all of the desserts being made in Baketopia is the next best thing to eating them. This engaging show is sure to serve up some sweet family viewing this summer  and maybe even provide inspiration to whip up some baked treats with loved ones.”

With 12.8 million subscribers on YouTube, where she hosts the popular YouTube series Nerdy Nummies, and 4.3 million Instagram followers, Rosanna Pansino is one of the internet’s most popular foodie creators. Pansino’s videos continually hold the top spots in almost all food categories on YouTube, and her “Frozen Cake Video Tutorial” has garnered over 219 million views. Pansino’s cookbook, Nerdy Nummies, based on her YouTube series, spent six weeks atop the New York Times bestsellers list.

In addition to Baketopia, viewers can take a bite out of more great family programming this month, including brand-new episodes of Dwight in Shining Armor, airing immediately before Baketopia on Mondays at 7pm ET/PT. Plus, fans won’t want to miss brand new episodes of Wayne Brady’s Comedy IQ, Tuesdays at 7pm ET/PT; Are You Afraid of the Dark, weekdays at 9pm ET/PT; Trolls: The Beat Goes On, weekends at 9am ET/PT; and Spongo, Fuzz and Jalapena, weekends at 9:30am ET/PT.