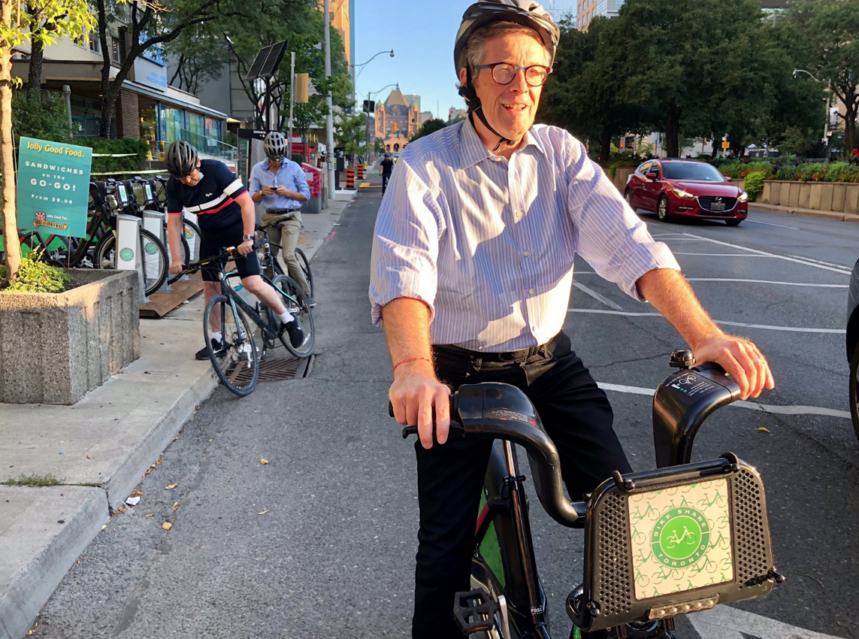 TORONTO, ON., August 19, 2020 — Torontonians now have another chance to enjoy free Wednesday bike rentals around the city during the month of September.

Thanks to the new Bike Share Toronto – CAA South Central Ontario partnership, Bike Share Toronto riders will ride for free for one hour every Wednesday in the month of September. Riders can take out a bike for up to 30 minutes, return the bike to any station, and take out another bike for an additional free 30-minute ride.

“Free Ride Wednesday is a great way for residents to explore the city and to become familiar with the Bike Share system,” said Mayor Tory. “Cycling has increasingly become a mode of transportation for people in this city to use and to get around.”

“Our city is committed to investing in our cycling infrastructure by creating new bike lanes and investing in the Bike Share expansion to ensure that residents have opportunities to cycle across the city. I encourage residents to hop on a bike and take advantage of this year’s Free Ride Wednesdays during the month of September,” said Tory.

“We are proud to sponsor Free Ride Wednesdays for the third year in a row, said Rhonda English, Chief Marketing Officer, CAA South Central Ontario. “CAA has a strong history of encouraging cycling and advocating for cycling safety in communities. This initiative allows us to give back to our Members and communities in a meaningful way that aligns with CAA’s longstanding history of supporting cycling. Bike Share Toronto is not only a great resource, they are also a great partner,” said English.

Also today, Bike Share also launched the pedal assist electric-bike (e-bike) pilot program, announced earlier this summer as a new feature of Bike Share Toronto’s 2020 expansion. The e-bikes will be available in the system starting today, and the 10 e-bike charging stations for the pilot will be installed over the next several weeks. E-bike charging stations will be able to charge 20-25 bikes at each station.

The e-bikes will allow users to travel a maximum of 25 kilometres and can travel up to 70 kilometres without requiring a charge. E-bike charging stations are fully compatible with the rest of the bike share system, allowing both manual bikes and e-bikes to be docked in any station. E-bikes will be picked up by operators throughout the date to ensure that they are being charged for the next day. Once the e-bikes are charged, operators will leave them at one of the 10 e-bike charging stations across the city.

In an effort to prioritize health and safety, Bike Share Toronto has ramped up its cleaning program during the COVID-19 crisis. As bikes are regularly in use and exposed to the environment, Bike Share continues to strongly recommend that riders take the steps outlined in the City of Toronto’s COVID-19 Health Advisory when using the system. The best way to prevent infection is to follow the recommended personal hygiene measures by cleaning your bike before use.

“We are grateful to CAA SCO for their continued support of Bike Sharing and their new commitment to a multi-year partnership with Bike Share Toronto,” said Robin Oliphant, Toronto Parking Authority Acting President. “CAA has made important contributions to cycling safety in Ontario. Their partnership with us is another example of that commitment.”